The actor says he thinks the popular Night King theory is a "bit far-fetched".

Throughout its recent penultimate season, 'Game Of Thrones' has managed to impress millions across the globe with some brilliant, jaw-dropping scenes, major twists and fast-paced story development. Though it's been a lot to get our heads around, that hasn't stopped many fans from coming up with their own theories; one of which has more people talking than most.

That's the theory that Bran Stark (Isaac Hempstead Wright) and the Night King are the same person, despite them both existing in the same time frame. Now, the theory gets very complicated, but in short, many believe that all of the people named Bran throughout Westerosi history have been able to use abilities to varying degrees to look into the past, present and future, and to warg into other beings.

Continue reading: Isaac Hempstead Wright On Whether Bran Stark Could Be The Night King In 'Game Of Thrones'

Note that there will be spoilers for 'Game of Thrones', season 7, episode 3, 'The Queen's Justice' throughout this article! You have been warned... 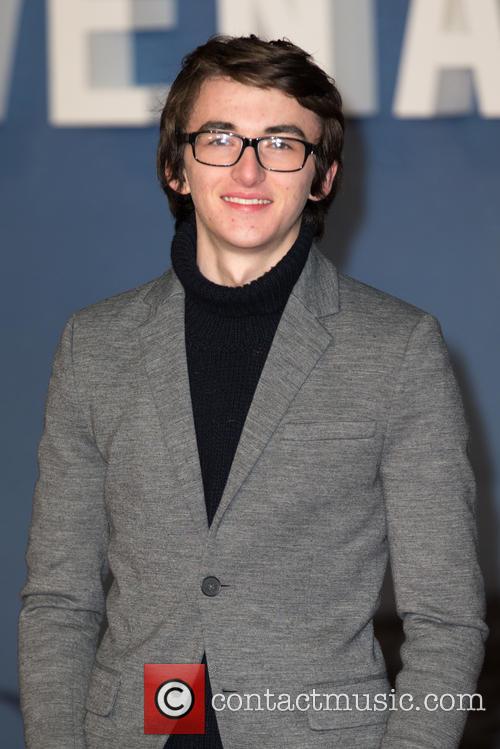 Isaac Hempstead-Wright returns as Bran Stark to 'Game of Thrones'

In this week's episode of HBO's critically-acclaimed fantasy series 'Game of Thrones', fans saw a family reunion they'd been waiting for for some time, as Bran Stark (Isaac Hempstead-Wright) made his return to Winterfell and reunited with his sister, Sansa Stark (Sophie Turner). Though we all expected Arya Stark (Maisie Williams) to make her debut at Winterfell before Bran was even close, it was great to see the siblings together. 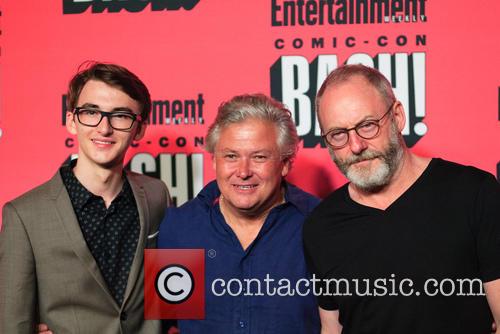 Get A Glimpse Of 'Game Of Thrones' Season 6 - Pictures

News on Bran, Dany and Arya in these latest images.

It's an exciting day for 'Game Of Thrones' fans because HBO have just unveiled some new images from the upcoming season 6 which have already got the cogs in our minds working. They don't really confirm an awful lot about what to expect from the next season, but it certainly teases a few ideas. 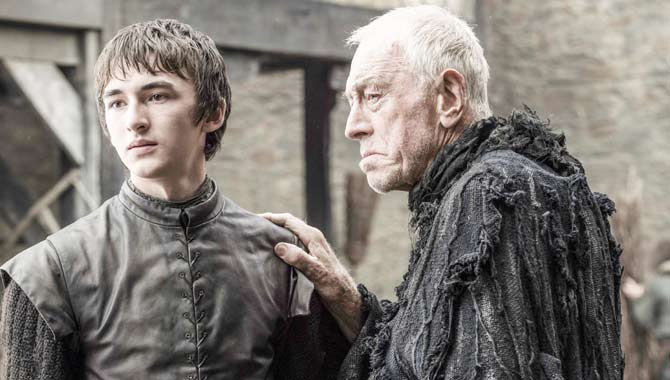 Bran Stark is back and accompanied by the Three-Eyed Raven

First of all it has to be said that there are no new images of Jon Snow (Kit Harington) since that ambiguous blood-stained face picture, but there are more of his younger brother Bran Stark (Isaac Hempstead Wright) who we haven't seen for a whole season, not since the Season 4 finale 'The Children'. He looks like his standing up too, contrary to what he was told by the Three-Eyed Raven that he wouldn't be able to walk again and that he'd only be able to fly. He's actually accompanied by the Three-Eyed Raven too, played by new actor Max von Sydow.

Continue reading: Get A Glimpse Of 'Game Of Thrones' Season 6 - Pictures

Apparently, we have no idea what's going to happen.

The excitement for 'Game Of Thrones' season 6 is out of control now; not only are we seeing signs of Jon Snow potentially being alive, but now his brother Bran has returned despite us having seen nothing of him for an entire season. What can this mean for the sibling duo? And just what mysterious secrets has Bran learnt from the three-eyed raven? 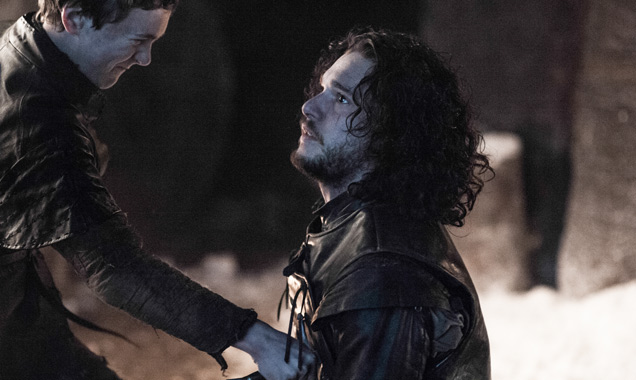 Will Bran save Jon Snow?

We thought the appearance of Kit Harington on the promo poster for 'Game Of Thrones' was exciting enough, with it apparently confirming fan suspicions that he survived his betrayal in season 5 which only grew with the actor being spotted on the show's set in Wales, but now that his little brother Bran has returned we don't know where to start with the anticipation.

By Elinor Cosgrave in Lifestyle / Showbiz on 14 July 2015

Isaac Hempstead-Wright, the actor who plays Bran Stark in ‘Game of Thrones’, has confirmed he will be returning for the sixth season of the show.

Bran Stark, one of the younger Stark family siblings, has not been seen on Game Of Thrones since we left him north of the Wall in season four. It wasn’t certain when he, or his younger brother Rickon, would be back in the series but we do now know Bran will be back. The actor who plays Bran, 16-year-old Isaac Hempstead-Wright has confirmed his character will be returning for season six of the hugely popular HBO series. 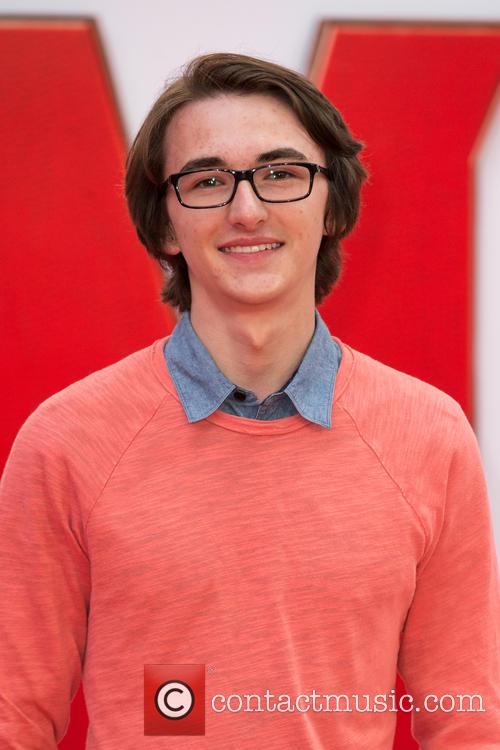 A triumph on a variety of levels, this staggeringly detailed stop-motion animation has a wonderfully deranged story packed with spirited characters. It also takes on some seriously important issues without ever getting heavy-handed about it. So while we're laughing at the astounding visual mayhem, there's plenty of depth to keep our brains spinning. And what the film has to say about communal paranoia is vitally important in today's world.

The story takes place a decade after a baby was kidnapped by the Boxtrolls, nighttime scavengers who prowl by night. Over the last 10 years, their legend has grown, and the people are now terrified of being eaten. So the red-hatted Snatcher (voiced by Ben Kingsley) and his sidekicks (Richard Ayoade, Nick Frost and Tracy Morgan) set a goal to exterminate the trolls in exchange for prestigious white hats, which will let them join Lord Portley-Rind (Jared Harris) for his evening cheese-tasting events. Then Portley-Rind's daughter Winnie (Elle Fanning) spots a boy among the Boxtrolls, learning that Eggs (Isaac Hempstead Wright) is actually the kidnapped baby. And that Boxtrolls aren't actually villains at all. But can she get her father to pay attention to her for even a moment, so he can understand that Snatcher is the real bad guy?

Everything on-screen is in constant motion, with cluttered scenes that are a feast for the eyes. Action sequences are complicated and layered, drawing the eye all over the screen as the stakes grow higher with each scene. The mechanical climax feels like one step too far, but the filmmakers keep the focus tightly on the characters, each of whom has a bundle of quirks and obsessions that make them flawed and likeable. Even the nefarious Snatcher has a soft side, and Kingsley has a great time bringing out each aspect of the hilariously vile character, including his scene-stealing alter ego, the fabulous drag queen Madame Frou Frou.

Kristian Nairn Will Not Appear In 'Game Of Thrones' Season 5

Kristian Nairn has announced he will play no part in 'Game of Thrones' season 5 - but it's not the end for Hodor.

Key characters could be missing from Game of Thrones season 5, according to one of the show's actors. Kristian Nairn, who plays Hodor in the HBO series, told the Australian Broadcasting Channel that he, Isaac Hempstead-Wright - who plays Bran Stark - won't be returning for the next instalment. Kristian Nairn is touring Australia as a DJ [Getty/Jerod Harris]

"We have a season off. We have a year's hiatus," he said. "Solely because, I imagine, our storyline is up to the end of the books. ... So I get a year off now to do Rave of Thrones and gallivant all over the world."

Continue reading: Kristian Nairn Will Not Appear In 'Game Of Thrones' Season 5 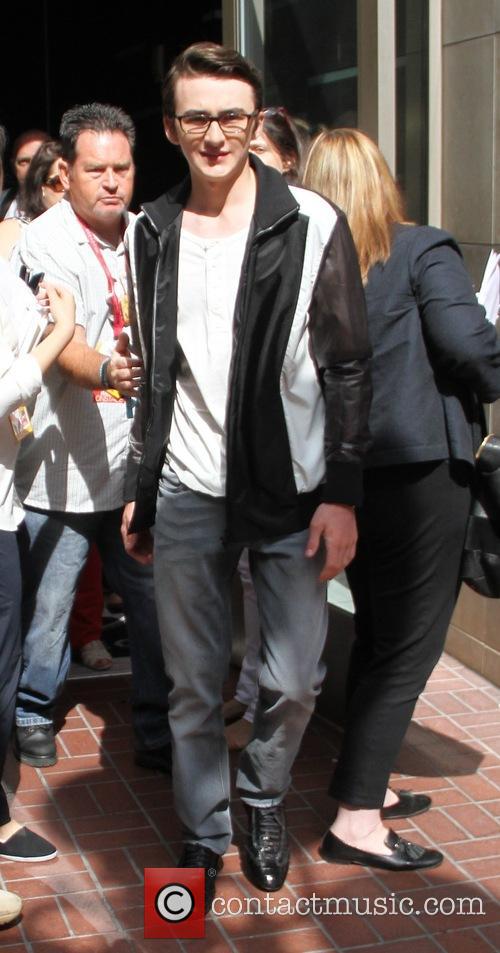 The Boxtrolls are odd underground creatures that wear cardboard boxes as if they were shells. Shy and wary of the unforgiving world around them, they take to the streets at night to recycle rubbish from dustbins and store it in their homes below the streets of Cheesebridge; a town fixated with money and smelly cheese and who are less than welcoming to their sewer dwelling neighbours, who they believe to be enormous insidious menaces. That couldn't be further than the truth when it comes to the Boxtrolls; there is simply nothing menacing about them, so when they find themselves being pursued by a ruthless exterminator by the name of Archibald Snatcher, all they want to do is make sure they are well hidden. They have a protector, however, named Eggs - a young boy who the Boxtrolls adopted as a baby - and he's about to show them just how brave they can be in the face of danger.

Eggs is a young orphaned boy who had possibly the most unusual upbringing one could ever think of; he was raised by a group of inhuman trash collectors called the Boxtrolls who live in a dingy by cosy underground cave. However, The Boxtrolls, named so because of the large cardboard boxes they wear on their torsos, find their rubbish filled paradise under huge threat when a ruthless exterminator by the name of Archibald Snatcher decides to wipe out these unusual creatures for good. Eggs must do everything within his power to stop him and save his friends (and family) from certain death. 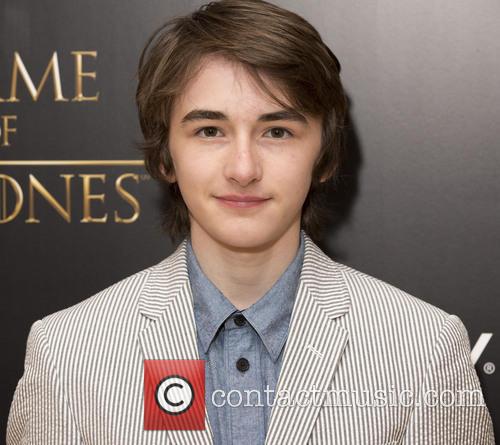 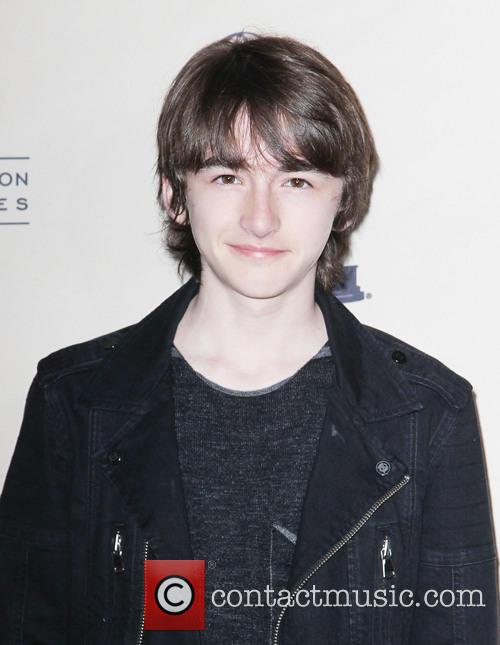 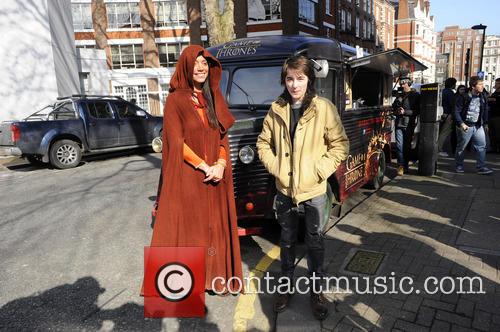 By Rich Cline
Good
A nifty twist on the standard ghost story, this British period drama starts extremely well and then slips into overwrought melodrama. And while the plot feels a little too gimmicky, at least it's complex enough to hold our interest.

In 1921 England, Florence (Hall) makes a fortune debunking fake psychics who claim to talk to the ghosts of Brits who died from war and flu over the previous decade. Her latest challenge is to solve a mystery at a private school in Cumbria, working with teacher Robert (West) and matron Maud (Staunton).

Rumour has it that the ghost of a schoolboy haunts the house, so Florence sets out to find out what's really going on. But she has her scepticism shaken to the core by some genuinely bizarre events.