With studios afraid of anything new or original, it's not surprising that the dinosaurs are back on-screen nearly 15 years after the rather disappointing Jurassic Park III. The good news is that this film has a clever script and solid characters to go along with the first-rate digital work. So even if the effects kind of take over the movie in the final act, it's still a great ride. 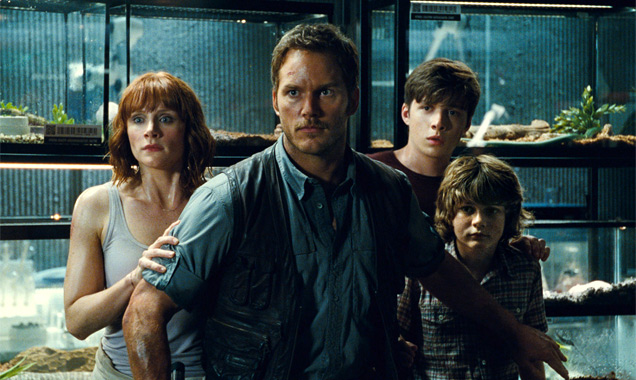 The massive island resort Jurassic World has been running safely for a decade off the Costa Rica coast, so it needs ever-scarier attractions to bring in visitors. The owner Masrani (Irrfan Khan) has been instructing his top scientist (BD Wong) to genetically engineer a bigger, scarier species, and he's come up with a beast called Indominus rex. Park manager Claire (Bryce Dallas Howard) has her doubts, but her velociraptor trainer Owen (Chris Pratt) is downright furious when he finds out. Sure enough, just as Claire's nephews (Ty Simpkins and Nick Robinson) arrive for a visit, the I-rex escapes and threatens the 20,000 visitors on the island.

The screenplay sets everything up in fine disaster movie style, with quickly explained back-stories to add some emotional undercurrents to the big-scale chaos. There's also, of course, a requisite villain in the form of the meathead Hoskins (Vincent D'Onofrio), who thinks dinosaurs could be used by the military and welcomes this catastrophe as a chance to prove his point. Thankfully, the cast dives in with gusto, adding hilarious personality touches to every scene. Pratt is terrific as the swashbuckling action-man, nicely set against the feisty Howard, who trumps him by doing all her action scenes in heels. Simpkins and Robinson have a lively adventure all their own that adds to the film's overall appeal. And there are superb side roles for the talented likes of Omar Sy, Judy Greer and Jake Johnson that add both humour and emotion.

When John Hammond first created InGen and prepared Jurassic Park, it was a colossal failure. When Jurassic World was later opened for the public, a lot had been learnt from Hammond's mistakes, and the new amusement park opened without any problems. But when visitors began to dwindle, something drastic had to be done. Claire Dearing (Bryce Dallas Howard), the park operations manager has organised to have a hybrid dinosaur created, and needs the dependable and knowledgeable Velociraptor trainer Owen Grady (Chris Pratt) to ensure the enclosure is safe for the new dinosaur. But when it eats its twin, and Grady arrives to inspect it, the Indominus rex breaks free, bringing havoc and destruction in its wake. 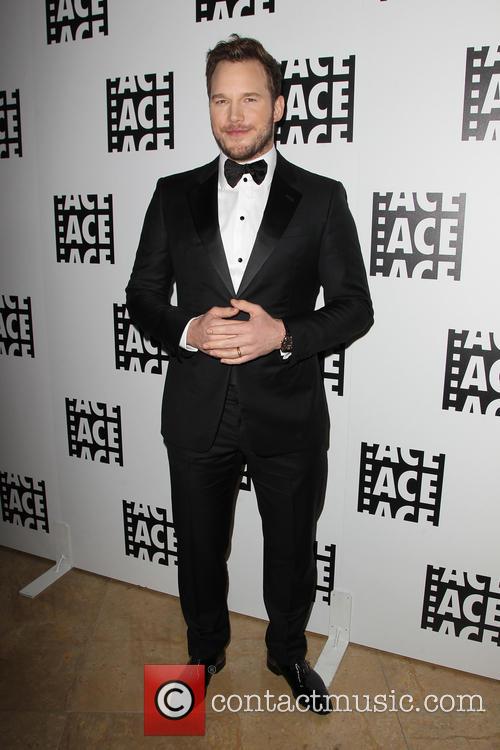 Continue reading: Chris Pratt Gushes Over His Wife Anna Faris: "We Are Meant To Be Together"

The park is officially open! Twenty two years after the disastrous attempt to bread dinosaurs for an amusement park, another attempt was made and saw great success. The problem is, due to dwindling visitors, the management have had to try something new with the exhibits. Claire Dearing (Bryce Dallas Howard), the park operations manager, heads out to speak to Owen Grady (Chris Pratt), the velociraptor trainer. Due to his successful handling of the animals, she believes that he is the perfect person to check the new enclosure, and ensure that it is up to standard. But when someone has dedicated their life to earning the respect of the raptors, they have no idea what needs to be done with the Indominus rex. No one does.

The park is officially open! After several years and multiple (disastrous) attempts, Jurassic Park as finally opened for the public. Now named Jurassic World, thousands of people flock to the park every day to see prehistoric creatures in a safe and sanctioned environment. But, as with all things, people have steadily lost interest. Pioneering science at the park has led to the creation of the first hybrid dinosaur being created, designed to entice and scare the visitors, yet unfortunately, it gets lose. Now, a brand new dinosaur is hunting the previously known creatures on the island for sport, and 20,000 people are trapped in its new hunting ground.

Taking into account the lessons learnt on the islands Isla Nublar and Isla Sorna, the creators of Jurassic Park have created a new dinosaur amusement park named Jurassic Park. Millions flock to the island resort to see the prehistoric animals in their enclosures, but to keep up with demand for new and interesting attractions, the scientists behind the park have created their first hybrid - a unique dinosaur which never originally existed. But after creating a fantastic creature from the best parts of other dinosaurs, the highly intelligent creature escapes - jeopardising the lives of every person on the island.

Saajan finds his life rather lonely despite living in the bustling city of Mumbai. He is widowed and working in an unfulfilling job that leaves him only with dreams of retirement. However, things look to be about to change when a lunchbox delivery gets sent to him by mistake by neglected housewife Ila who had meant to send it to her husband Rajiv. After her husband makes no notion that he was aware of the mistake, Ila sends a note about the incident in the next lunchbox and she and Saajan soon find themselves exchanging daily thoughts about their lives, their feelings and their need for happiness. If Ila's marriage cannot be saved, will her food weave its way to Saajan's heart instead?

Academy Award winner Ang Lee hit the red carpet on the opening night of the New York Film Festival on Friday night, kick starting the film fest with his latest film, The Life of Pi.

The film, based upon the Yann Martel novel of the same name, explores the life of an India boy named Pi who spends 227 days at sea with his only company being a Bengal tiger, spotted hyena, a zebra and an orang-utan, after becoming shipwreck in the Pacific Ocean. The book, often considered to be un-filmable, explores deep strands of spiritual understanding and reason; something that Ang has tried to recreate on the screen. The film has been a massive undertaking and was shot entirely in 3D as director Lee believed that this method was the only way in which the vibrancy of the novel could be fully expressed on screen. It is thought to have cost up to $100million and took close to four years to make.

Speaking to reporters at the premier, Lee said that he had envisaged the project as soon as he read it back in 2001 and allegedly already agreed to make the film in 3D before James Cameron's Avatar was released in 2009.

Pi Patel is the son of an Indian zookeeper who gets caught up in a destructive storm at sea on board a freighter. He is the only human survivor as the vessel sinks easily into the Pacific Ocean managing to escape on a lifeboat with a spotted hyena, an injured zebra, an orang-utan and a Bengal tiger. The animals begin eating each other and Pi soon finds himself in the company of only the tiger which soon becomes his friend and companion as he takes a firm approach into taming the creature. Saajan finds his life rather lonely despite living in the bustling city of Mumbai. He...