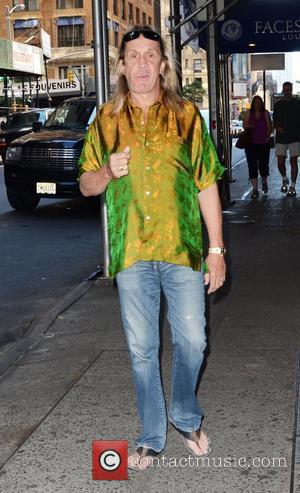 The gigs had been scheduled to kick off on Friday (21Dec12) but they have now been postponed, according to a statement posted on the Brit's official Facebook.com page.

Di'Anno says, "This is a great shame, but is entirely beyond our control. We have been assured that more details will be given by the end of this week, so if/when that happens, it shall be posted on my official Facebook page. Once again, very sorry for this 'delay.'"

In a previous post on Facebook.com, Di'Anno revealed he was having problems with his visa and insisted his booking agent in the U.S. was responsible for sorting out the paperwork, writing, "Having waited several months for the Us visa to be organised by the booking agent/visa agency in the Us, and still not got any confirmation, it seems highly unlikely the tour shall start as planned... Hopefully any dates that can't be made can be rescheduled, but again, this is down to the booking agency to arrange."

Di'Anno, who was replaced in Iron Maiden by Bruce DICkinson, returned to touring in America in 2010 for the first time since the mid-1990s when he was jailed in California on gun and drug offences and subsequently deported.

He was back behind bars in Britain last year (11) after he was convicted of illegally collecting state benefits by falsely claiming he suffered nerve damage to his back which prevented him from working.