Rock legends Iron Maiden and Bullet For My Valentine will go up against Bring Me The Horizon, Architects and Skindred in the Best UK Brand category at the Metal Hammer Golden God Awards. 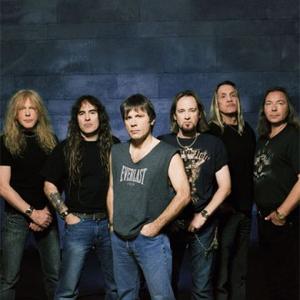 Iron Maiden and Bullet For My Valentine will go head-to-head in the Best UK Band category at this year's Metal Hammer Golden God Awards.

The bands face competition from Skindred, Architects and Bring Me The Horizon to win the coveted prize, which is voted for by readers of Metal Hammer magazine.

Publisher Chris Ingham revealed he was "thrilled" to honour The Rock legends with the nominations, which come in the magazine's 25th year.

He said: "A whole quarter of a century ago, Metal Hammer magazine began and in that time we've worked with some of the biggest and best names in metal and rock music.

"Some of those names will be joining us for the Metal Hammer Golden Gods and, whether they're icons or rising stars, their tireless efforts to stay true to the most loyal fanbase around is a massive achievement and one we are thrilled to honour."

In the Best International Band list, Avenged Sevenfold will take on Dimmu Borgir, Down, Children Of Bodom and Stone Sour, while Machine Head, Cancer Bats, Rob Zombie, Skindred and Devildriver are all nominated in the Best Live Band Category.

A Day To Remember

Event of the Year sponsored by Alchemy:

System Of A Down reforming