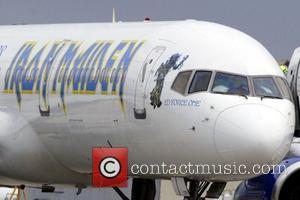 Iron Maiden has been honoured with the ultimate rock accolade - they are to be inducted into Hollywood's Rock Walk Of Fame.

The British metal legends, who have enjoyed a resurgence of interest since their performance at Ozzfest last month (31JUL05), are heading to glitzy Sunset Boulevard next week (19AUG05) for the ceremony at Rockwalk.

And the rockers' handprints will be pressed into the hallowed Hollywood cement alongside those of Elvis Presley, John Lennon, Queen, Jimi Hendrix and James Brown.