Iron Maiden and Steel Panther were among the winners at the Metal Hammer Golden Gods last night (16.06.14). 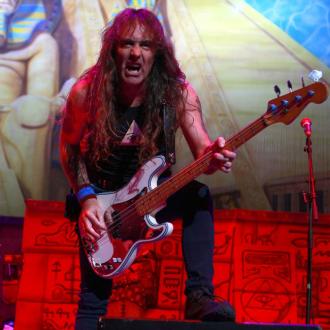 Iron Maiden and Steel Panther were among the winners at the Metal Hammer Golden Gods last night (16.06.14).

The ceremony, in association with World of Tanks, was held at London's IndigO2 and Of Mice and Men and Avenged Sevenfold were also among the acts who took home big awards.

The 2014 best band awards, as voted for by the readers of Metal Hammer magazine, included Best UK, Best International and Global Metal Act, which were won by Iron Maiden, Avenged Sevenfold and Orphaned Land.

Metal Hammer editor Alexander Milas said: ''Heavy metal's been around for over 40 years, and as this year's winners prove, it remains as vibrant as ever.

''From world-beating prog metal visionaries Opeth to a genuine guitar hero like Michael Schenker, to absolute legends Hanoi Rocks who first married the words 'glam' and 'metal' and inspired a movement, to Orphaned Land, whose integrity as artists and spokespeople for the power of metal to unite people genuinely blew us all away tonight, this was a night for the history books.

''Add to that a genuine screen legend like David Prowse, and you might even say the Force was strong with this one.''

King of the Internet - Devin Townsend

Album of the Year - 'The Satanist' - Behemoth