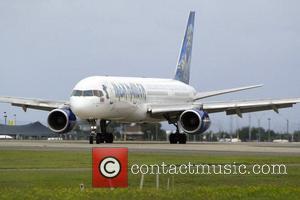 Iron Maiden singer and qualified pilot Bruce Dickinson airlifted 200 British citizens who had fled war torn Beirut, Lebanon back to the UK yesterday (20JUL06). The 47-year-old flew a Boeing 757 to Cyprus where he picked up the evacuees and flew them back to London's Gatwick Airport. A colleague says, "He was only too keen to get involved and help. "He has a strong interest in the welfare of people caught up in international conflicts and cares about what is going on."