Bruce Dickinson believes his cancer caused by the HPV virus 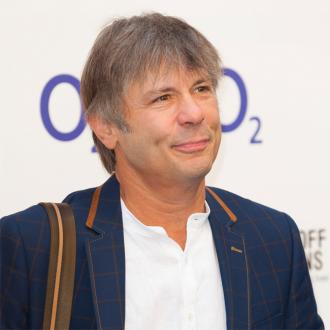 Iron Maiden singer Bruce Dickinson believes his cancer may have been caused by the sexually transmitted HPV virus.

The 56-year-old rocker was given the all-clear from the disease, which was attacking the back of his tongue, in May following several weeks of chemotherapy.

In an interview with Jim Norton on Opie Radio, he said: ''The thing about the HPV virus is people don't know a great deal about it. I don't mean to be flippant or anything, but you would expect lesbians to have a higher incidence of it. But no, there's is 25 percent less than in men. It seems to be something that affects men. There are 150 or so strains of HPV virus, but only a couple you're interested in, 80 percent of us have been exposed to it, and you can't get rid of it. It comes and it goes. For some reason, and nobody knows why, in guys over 40 it can persist. The virus leaves behind a little genetic code, that starts off the cancer.''

Now he is cancer-free, Bruce - who was busy recording the new Iron Maiden album 'The Book of Souls' before he was diagnosed with cancer - has made a vow not to let people ''waste'' his time and he also has new found respect for all the people battling cancer across the world.

He added: ''I've learnt to have less time for people who waste my time. If I want to waste my time, I'll waste my own time. They also had me on morphine for the last couple of weeks for pain. It was very disappointing ... There are hundreds of thousands of people dealing with this every day. It's astonishing there aren't more people jumping off bridges, you know?''

Hollywood star Michael Douglas also overcame tongue cancer and previously mused that his illness could have been caused by the HPV virus transmitted by oral sex.