Irina Shayk will not appear in this year's Victoria's Secret Fashion Show as she is busy filming scenes for upcoming film 'Hercules' alongside Dwayne Johnson. 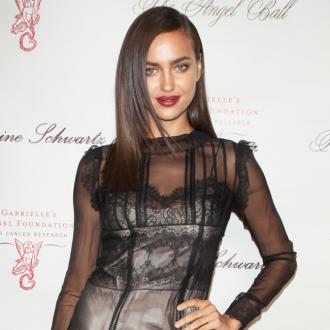 The 27-year-old model has previously appeared in the underwear and swimwear brand's advertising campaigns but is currently busy filming scenes for Brett Ratner's new movie where she is set to star alongside Dwayne Johnson.

According to the New York Post newspaper's Page Six Victoria's Secret auditions are this week and the lingerie line has already confirmed a number of favourites for the show including Alessandra Ambrosio, Candice Swanpoel and Adriana Lima.

Sports Illustrated cover girl, Irina, will not be the only face missing from the show.

Miranda Kerr - who recently split from husband Orlando Bloom - has confirmed she will not be seen on the catwalk.

She previously said: ''They [Victoria's Secret] asked me to walk in the show, and I really wanted to, but I have to be in Asia that week.''