A Representative For Bradley Cooper's Rumoured Girlfriend Irina Shayk Has Dismissed Allegations The Model Had A Fling With Beleaguered Soccer Boss Sepp Blatter. 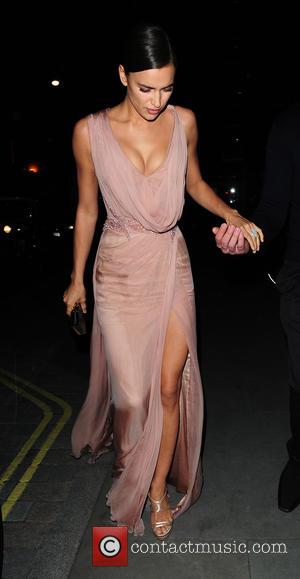 Picture: Irina Shayk - Irina Shayk arrives at her hotel in an evening gown after watching 'The Elephant Man' at Theatre Royal Haymarket at CENTRAL LONDON,...

A story published in Spanish newspaper El Mundo sensationally suggested the 29-year-old Russian model was involved in a brief relationship with Blatter, 79, who stepped down from his longtime position as head of FIFA this week (ends07Jun15) amid a raging corruption scandal that has blighted soccer's international governing body.

However, Shayk's spokesperson has moved to silence the speculation by declaring the story is not true, telling the New York Post's gossip column Page Six, "The rumours regarding an alleged romantic and/or personal affair with Sepp Blatter by El Mundo... are a pathetic attempt at defaming Ms. Shayk and are absolutely not true. We have no intentions of further acknowledging these allegations as they are wholly unfounded."