Congratulations are in order for Bradley Cooper and his partner Irina Shayk who have welcomed their very first child into the world. According to reports, they have a daughter. She was born just over a fortnight ago and given the gorgeous name Lea de Seine Shayk Cooper. 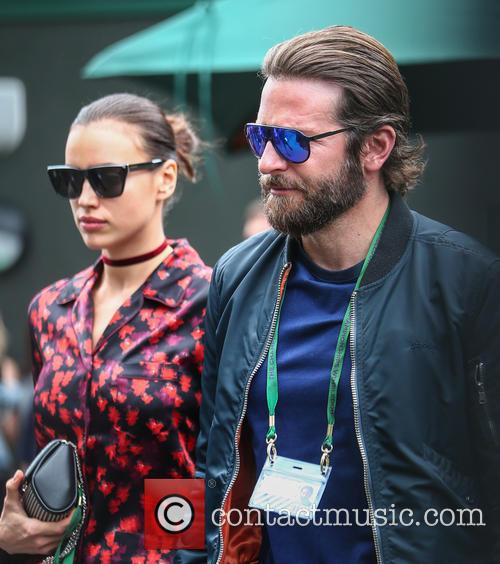 Irina Shayk and Bradley Cooper snapped at Wimbledon in 2016

The 42-year-old 'War Dogs' star and his 31-year-old Russian model beau are 'thrilled' to have their new baby with them finally, with reports suggesting that she was born back in March. Irina may have only just given birth, but that's not stopped her from venturing out. Recent images have been seen of the three of them enjoying a day out in Venice Beach, California this weekend and grabbing ice cream at Jeni's Ice Cream Shop.

'They are both extremely thrilled and feel so blessed', a source told E!, adding that this is just the beginning of their family dreams. 'Bradley and Irina love each other so much and this is not gonna be the only kid-there will be a few more after this one. Both families are very happy.'

The couple are yet to make any public comment regarding the news, having remained distinctly private about their happy news over the last nine months. We only got wind of the pregnancy back in November after Irina appeared in the 2016 Victoria's Secret Fashion Show.

More: Bradley Cooper and Irina Shayk rumoured to be arguing at Wimbledon

Irina threw her baby shower weeks before the birth, with Bradley in attendance 'hanging with his mother, making sure everything went smoothly' according to E!. It seems that Bradley also had a lot of say in naming their daughter; Lea de Seine is a particularly French name and Bradley is fluent in the language.

Bradley and Irina have been dating since around April 2015, the former having previously had relationships with Suki Waterhouse, Zoe Saldana and Renée Zellweger, and was briefly married to Jennifer Esposito.