Ireland Baldwin reportedly split from her girlfriend, rapper Angel Haze, before checking herself into a Malibu rehab center on Monday. The 19 year old daughter of Alec Baldwin and Kim Basinger revealed she had entered rehab on Twitter, saying that she needed time away to deal with some ‘emotional trauma’. 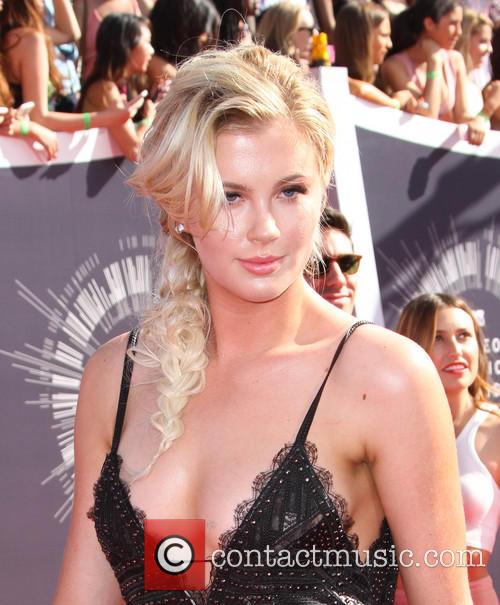 Ireland checked herself into rehab earlier this week.

However a source told the New York Post’s Page Six that the split form Haze was not the reason Ireland checked herself into Malibu’s Soba Recovery Center, saying it was instead “due to a variety of pressures in her life.”

Writing on Twitter Monday, Baldwin responded to reports that she had entered rehab due to substance abuse issues after ‘partying non stop’. “Apparently I'm in rehab for intensive partying soooo I'm just going to lay pretty low for a bit and maybe get some frozen yogurt,” Ireland wrote on Twitter.

More: Ireland Baldwin Is Recovering From Appendicitis, Thanks Fans For Support With Hospital Picture

“I checked myself into Soba for two weeks to just get away for a little bit. I'm not much a party cat but I am here deal with some emotional trauma and getting the intensive therapy I needed in order to recover.”

“Someday I'll feel ready to share my story openly without feeling the way I do. Right now I just needed a breather. I needed a chance to work on myself and gather all the tools...I need to overcome everything that I had been through and rid myself of all the pain I locked away in unreachable places,” the 19 year old continued.

Ireland later answered a user on Twitter who had written ‘wack-a-do parents, hollywood lifestyle . . . isn’t it always how this stuff turns out?’ in response to a story about her rehab stay. “Oh it can! Not this time but it sure can,” the model tweeted.

Baldwin’s rumoured ex girlfriend Angel Haze has so far stayed quiet on reports about her break up with Ireland. But according to Page Six she did post a cryptic message to her Tumblr account on Tuesday which read, “I don’t understand why people can’t ever keep their mouths shut.”

“It’s enough that someone has to deal with something on such a public . platform, before you insert your two meaningless pennies, keep the - to yourself. I don’t give a -, man. I love who I love,” the 22 year old rapper continued.