The 19 year old model was rushed to hospital on Thursday.

Ireland Baldwin has provided an update on her medical condition and thanked fans for their concern as she continues to recover from appendicitis. The daughter of Alec Baldwin and Kim Basinger was rushed to hospital on Thursday after complaining of severe stomach pains which were later diagnosed as appendicitis. 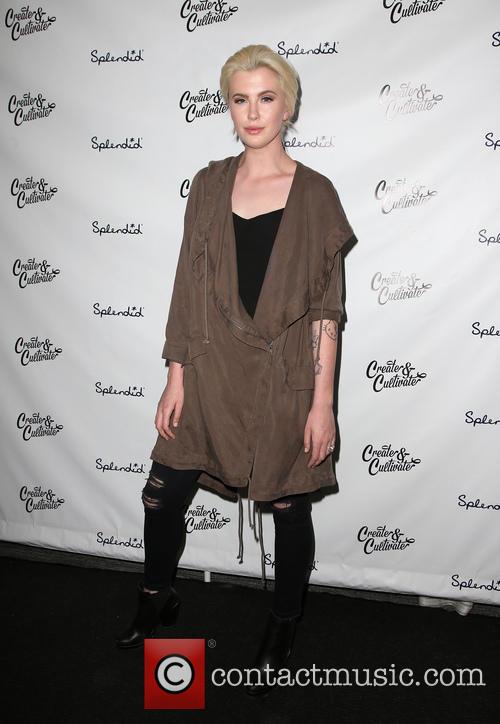 Ireland has thanked fans for their concern after her hospital drama.

Baldwin shared a picture of herself in hospital sitting in a wheelchair looking glum with the caption, “appendicitis swag thanks for all of your concern (sic).”

According to E! News Ireland was rushed to the hospital on Thursday evening, arriving at Los Angeles' Cedars-Sinai Medical Center in tears after complaining of severe stomach pains. Her father Alec is said to have showed up around three minutes later and she was admitted right away.

Before her medical emergency the model and actress had caused waves on social media when she shared pics from her latest sexy photo shoot, taken by photographer Tyler Kandel.

appendicitis swag ❤️ thanks for all of your concern pic.twitter.com/p758VBUMuT

In the the black and white images Ireland leaves little to the imagination, posing topless in one shot with her hands covering her breasts and appearing to be naked from the waist down in another.

Ireland is big sister to father Alec’s one and a half year old daughter Carmen Gabriela Baldwin, from his 2012 marriage to yoga instructor Hilaria Thomas. Last week Ireland shared an adorable snap on Instagram of herself and Carmen captioned, "carmen... thank you." "tank you. velcome.”

The 19 year old is set to become a big sis again sometime soon, as Hilaria Thomas announced in January she was expecting her second child with Alec later this year.