Alec Baldwin And His Daughter Ireland Poked Fun At Their 2007 Voicemail Scandal, Which Exposed A Message From The Actor Calling Her A "Pig". 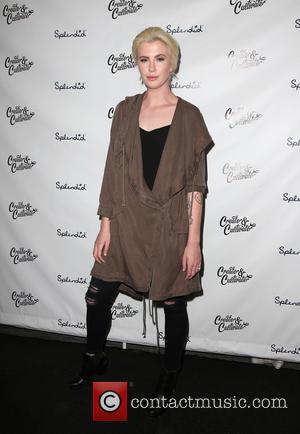 Model Ireland, whose mother is actress Kim Basinger, was 11 years old when she was caught up in the headline-grabbing incident in which her famous father branded her a "rude thoughtless little pig" in a leaked voicemail message.

Ireland, now 19, has previously admitted she wants to move past the scandal and in a new photo posted on Twitter.com on Sunday (26Jul16), it seemed she and her father are doing just that.

In the snap, the former 30 Rock star is holding a children's book titled "If I Were a Pig", while his daughter looks on with interest.

She added the caption, "If I Were A Pig... I would be Rude and Thoughtless of course!"