Review of Switch Album by Inxs 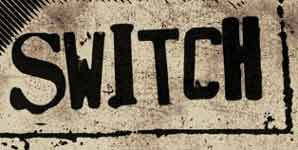 When Michael Hutchence was found dead in a hotel room in 1997, the other members of INXS lost a childhood friend, their frontman, and a key songwriter, while the world was left without a true rock star icon. After an understandable hiatus, the Australian band decided to find a new singer, utilising the obsession with 'reality' television to hold auditions across the globe. J.D. Fortune landed the role, and now INXS have returned with their first album of new material in 9 years, produced by Robbie Williams cohort Guy Chambers.

On opening track "Devil's Party" the band prove that they've lost none of their knack for producing slick music with more than a hint of groove, and Fortune sings in a sensual way not unlike Hutchence. "Pretty Vegas" is an up-tempo affair with a simple riff and raucous chorus, but "Afterglow" is the sort of ballad that is expected from a reality TV winner, not a band with sales of over 30 million records. Despite a great piece of bass playing by Garry Beers on "Hot Girls" the track fails to impress, but "Perfect Strangers" is a decent track that briefly sees Kirk Pengilly rolling back the years on saxophone.—♀

Fortune does his best Lenny Kravitz impression on "Remember Who's Your Man", a pleasant acoustic number, but the album hits rock bottom on "Never Let You Go", which is uninspiring and would have been better off not being included. Never ones to be afraid of experimenting, "Like It Or Not" has a techno vibe, which they just about get away with, while "God's Top Ten" features Suzie McNeil, another of the contestants who auditioned for the band. A tribute to Hutchence, it's reminiscent of the recent work of Coldplay, beautiful musically and lyrically. It's a positive way to end a record on which INXS don't come anywhere near close to their classic work, but they also show that they made the correct decision in carrying on with the band.

An INXS musical is in the works

Molly Meldrum Biopic In The Works

Michael Hutchence Mini-series On The Way

Michael Hutchence Movie In The Works

After 35 Years, INXS Break Up While On Stage in Australia