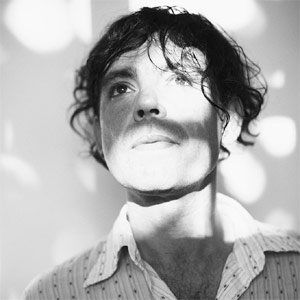 New bands come and go but it's not often an artist comes along with a debut album that feels as though it could be the start of something very special. Yeah Saint Paul's 'Women Are Stoned' is set to drop this November and, although it's an album full of quiet beginnings and intricate, introspective melodies, it's a quirky and interesting start with promise of a strong future; one with growth, that's for sure.

There's definitely something spiritual about the man behind the music. Angel Rivers injects this spirituality into his songs; even the title, 'Women Are Stoned', suggests this. In fact, women play a big part in Angel's life and there's a delicate femininity to each track on the album.

It still feels as though Angel has room to grow with Yeah Saint Paul and this is just the start of his journey. Angel took time to chat to Contactmusic about the women in his life, music and what he has planned next.

CM: Is Yeah Saint Paul a band or just yourself?
Essentially, YSP is me. Pretty much in the same way The The was primarily Matt Johnson, or The Dirty Beaches, Smog or Bright Eyes being just a main guy behind the name.

I thought I'd make the music, hoping it became a band one day but bands are frail things, forever teetering on a high-wire. Depending on other people is hard, and hoping for people to share your vision is like trying to find a needle in a haystack.

CM: Angel Rivers is an interesting name - where does that come from?
I was born Angelberto Ojeda Marcos. Angelberto being a name which, as far as I know, is kind of a Cuban thing (my mother's side of the family are Cuban). It's a name I love but I wanted a different name as a musician. I have been through a number of aliases and Angel Rivers is the last in that chain.

It is only incidental that I think rivers are magical things; I was brought up in a district where streets bore names of Rivers from all over the world.  I also believe water is an almost mystical element which we don't yet know and understand fully. Some people think water has memory. It certainly has healing powers - that is why it is used medicinally, as treatment in hydrotherapy and why you love sinking into a hot tub and lying there for a while.

CM: 'Women Are Stoned' is an interesting title for your debut album. Why did you choose this?
It is an allegorical reference for being highly sensitized. It's a compliment - women have had a huge influence in my life. In absence of a dad at home, my interaction became almost only with females - mother, aunt, teachers, neighbours, mother's friends...

Over time I have learnt that women can act as huge stabilizers in a man's life - they have a different way to care for you, they tend to you, they advise, they have a calming effect and they are receptive and loyal. Good women, that is, as some good men are too. Just look at Cecilia in the film 'Atonement', cooling Robbie Turner down as he's about to lose his temper with Briony. It's a bit like that.

CM: You've said you don't listen to music whilst recording. How do you explore different themes and sounds?
A combination of steam to let out and instinct. I will craft and hone a sound, setting up a session with care and engineering it to the best of my abilities but I don't sit there reading guides on how to sound like such and such. Nor do I listen to a record and go 'I'll have that, and that, and that'. Or 'I'll write a song about that'.

It was a very deliberate exercise on my behalf not to listen to anything before recording, in an attempt to maintain some kind of purity in the overall energy and sound of the record. It's a very subtle thing. So, during the months that it took to lay down the main backbone of the album, I'd avoid music during the day and limit myself to talk radio.

CM: You also mention you were brought up surrounded by women, which women in your life have had the best (or worst) influences on you?
The best? My mother, my friend Elizabeth Fensham and the three or four women who have been part of my life at different times over the last 20 years...

The worst: I haven't met her yet and I don't want to meet her.

CM: Who is your favourite woman in music?
I am not sure I have just one. Some people have left an impression, but funnily enough I have not come to a conclusion on this. Kim Gordon, Hope Sandoval, Kate Bush - they have all made great sounding music.

I have been meaning to explore country and western in depth for some time now; a genre so sensitive, emotional and fragile one is bound to discover great female output therein. And, of course, we have Debbie, Siouxsie, Emylou, Liz Fraser, Bjork, Billie, Nina, Laurie Anderson, Polly.

Not sure I have a favourite. Thus far I'd consider myself lucky to have one at home reminding me not to have the next drink and asking me not to stay up too late and come to bed.

CM: From the theme and listening to the music, the album is very subtle and not very 'macho'. Whilst making the music, was this deliberate or accidental?

This has been mentioned before and it's totally accidental. As you probably know, when you record you just try being in the moment somehow and don't quite know what it sounds like until you listen back. I wish I'd let go a bit more this time around. Admittedly, I placed due care in making sure things were played right and effortlessly, but not aiming for a delicate sound necessarily.

CM: There's a mature sound and theme to the music but are there any newer, younger bands that are turning you on?
I'll take that as a compliment. I've been listening a bit to Hookworms, Tune Yards, that kind of thing and I also enjoyed one of Haim's festivals sets on telly.  I also like some War On Drugs and Kurt Vile, which someone tells me reminds him of my other project, The Heady Swings.

CM: Will you be playing live soon and what will the live shows be like?
I'll be doing solo shows mainly. What you can expect is a much more direct delivery of the songs.

CM: What are your plans for after the album's release?
A mixture of live promotion, writing and recording. There is going to be a limited edition 7" single of one-off collaborations which is already recorded and will be out next year. I'll hopefully get to further my other project a bit - the aforementioned  Heady Swings, which some have compared to Sonic Youth meets the Cult meets AC/DC meets MBV! That is, if I can find the right singer for it, I've tried a few so far.

CM: Lastly, if you could write the soundtrack for any film, past or present, what would it be and why?
'Midnight Express' because it's a harrowing story, 'Moon' because of its slow motion, floaty feel and any Tarantino film because I have material that suits that sort of late night, low-life bar brawl thang, none of which made it to this album.