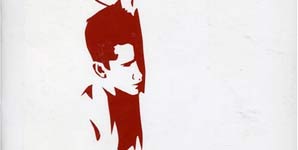 So we've already got the Freemasons, the Illuminati and even the He-man woman haters club but now add to the mix the Urban Myth Club; a secretly industrious collective of musicians, spanning the globe creating insidiously pervasive down tempo music. Their mixture of haunting ambience, graceful vocals and uplifting electronica is truly sublime.

Contactmusic managed to pin down one of the clubs members just long enough for a quick chat.

The club started when founding member Mark Desvaux started collaborating via the internet with Stephen Barton, who unbeknown to Mark was a Hollywood film composer. "I knew he was a fantastic musician, but it was only after the second track that he started opening up about who he was and what he'd done and he'd been working with Hans Zimmer on films like Gladiator and I was like You what! You kept that quiet."

Marks electronic sounds and Stephens classically trained orchestral proficiency balanced out what was to become the foundation sound of the collective. But more film work from Stephen meant work continued to be done remotely, but it didn't halt the work or growth of the club. "It was how the collective grew and we started thinking who else we'd like to invite in to work with us."

New members were added (Clare Szembek - Captain, Andy Dragazis - Blue Streak, Producer Ian Sanderson - Massive attack, The Prodigy, Beastie Boys etc) and things started really moving. Although they all weren't together in a studio or even in the same country, the fluid boundaries of the club meant that artists from other groups could be members and famous secret members are well reported. "The great thing about the collective is that people can come in and out."

Time past and the secret club remained a secret from the outside world. "We actually thought wouldn't it be great if we never ever say anything about who was in the collective. There are about 7 or 8 of us in the collective but on any one track you never quite know who has done what." But secrets have a nasty way of finding a way out and a Canadian DJ took an unheard of move and play-listed all 6 tracks of the album sampler and that was it. A combination of that and viral marketing quickly spread their music around the world. "The digital market is amazing, like with iTunes people can make their play lists, they write their reviews and it means that fans can take a much more proactive role in helping to promote the music they love."

A top 30 iTunes track and number 1 on the Myspace Electronica artists chart lead to further exposure before they had even released anything and soon a wide range of Radio stations over here got wind of what was happening. "One night we got a note that Bob Harris from Radio 2 had got the album - loved it and was gonna spin a couple of tracks and that's something we never would have thought. Then the same week a well known DJ was playing tracks at CafÃ© Mambo in Ibiza and also Classic FM, XFM and Radio 1 were all playing it and we thought this is weird, but it shows the wide scale appeal the album has."

All of which sounds like any artists dream but although the praises of the music were being sung, the unsung praise of what had actually gone on behind the scenes was still unnoticed. A perfectionist streak runs through the heart of the clubs ethos and the amount of work that actually went into making the album Helium is astonishing, but is magnified when you realise that most of the work has been done over the internet. "We had probably written about 250 tracks; ranging from little concepts and hooks to 8 minute melodic epics - but because sometimes we were working remotely and sometimes in the studio, at one time two or more people could be working on a track simultaneously. So the productivity was immense. I mean some of the tracks have got like 40 versions which we then whittled down."

The hard work and investment paid off and this similitude of perfection was created. The harmony between vocals and music is atoned to the natural creation and airiness of a cloud. This mollifies the listener with soothing piano, ambience and vocals, but one thing that stands out is the sinuous ordering of tracks.

"Ian actually sat down and listened to every permutation and this is after 2 years of writing the album; so you're already really familiar with the music and ready to move on. But he was like "No" we've got to get the flow of it right and there's a certain logic to how the album works."

Track names like Breathe, Spacewalk, Moon and the night, So beautiful, Bird's eye view, Atlantic and Cloud 9 personify the tonality and mechanics of each track faultlessly. The watertight production and flawless flow of the album is heavily conducive of a meandering stream. It sounds like I'm using natural comparisons too easily but once you hear the album you'll see that comparing the music to anything manmade is hard to do.

What is manmade is this industrious work ethic and ability to literally churn out music like a workshop but at the same time put a personalised stamp on each track, which is reminiscent of Warhol's factory. This manifests itself in an album you can easily invest and will listen to again and again. "A lot of the music on a first listen can sound quite accessible and simplistic. But what we've found and what we're really pleased about is that people who have listened to the album have discovered different things about it the more and more they get into it."

Another key part to the clubs success is the freedom they've got from releasing the record on their own label - TRL music. The ability to work for 2-3 years on an album instead of possibly rushing out an inferior equivalent has recouped the effort of setting up a label. "It's a really good setup. Everything we do is how we wanna do it, in terms of the album, the festivals we play etc. I think it's important that artists today take a more proactive role in it. I think that putting the album out and promoting ourselves has put us in good stead for the future if we go to a another label."

At the end of the day it should be all about the music and being able to self release an album has meant that they've had complete control of the process. "People own the music once you give it to them and that's great and it's lovely to see that happen, as it's ultimately about the music."

Although everyone isn't able to release their own record, being able to utilise the internet for marketing and promoting your music as well as down right hard work has shown how far you can go. You've got to have talent obviously but if you can get the first bit right you've got a great chance of succeeding. Helium is an incredible album and one that'll I'll play again and again and again.

Interview and words by Adam Adshead

Helium is available directly from the Urban Myth website and the usual retailers across the country.