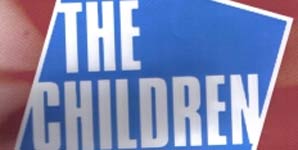 Ever felt like you've got a bit of inside information? Some foresight or know something that other people don't? I'm not talking about knowing something about Brookside like Pat Butcher is Ken Barlow's sister, or whether Eclipse jeans are about to come back in fashion. I'm talking about finding a gem of a band that are just about to make huge waves on the scene and by reading this you're just about to be let in on the information.

The band is called The Children and they are so well rounded musically and have got such an amazing unique sound. They sound like a mixture of all the music that I love but at the same time like nothing I've heard before. In fact, who cares what I say check them out at www.myspace.com/thechildren1 and come back when you've finished.

The Children's last few months have been filled with local gigs, festival appearances at Leeds and the Secret Garden Party and even some secret recordings at Paul Weller's studio. But all of this has come from their music, a self proclaimed fairground sound which on a cursory listen gives the music this distinctive quality.

"It's the Hammond organ it gives us another dimension to our music, but musically we're just looking to progress all the time."

But although the organ sound is a good jump off point it's not the end to their depth. They've got this 3Dimensional vigour and control over their music with some tracks being centred around or more prominent with the keys, some are lead with the guitar, the bass, vocals or drum work. All with a high level of distinction which shows the all round talent the lads have got. Organ heavy tracks like House of cards and Merry go round with there circus big top prominence, the powering drum work on the instrumental Jam, to the masterful guitar work on People and Rose of love, the vocal control on Sweet 19 and Labyrinth and the string riffery on Set me free. All of which makes for a really clean and uncluttered sound.

Vocally Ben has got such great control over his voice and the ability to tame it on certain tracks brings another level to the songs. His voice is gravelly but is projected almost operatically which compliments Johnny's voice who sings more at the higher end of the scale. This complimentary fusion creates a powerful combination. Add to this their use of vocal outros which can border on old acapella barbershop and you've got a captivating listen, which does have people finding it hard to label them.

"They don't know how to label us; we're not Indie, we're not rock and roll, we're not pop we're just THE CHILDREN.

I think the standout track for the band is Labyrinth and it's the reason they ended up recording in Paul Weller's studio and are possibly going to support him soon. But it's a great series of events that came before they gained such a famous fan.

"John Lever from the great Manchester band the Chameleons was working at our rehearsal rooms and we gave him a CD and he came back and said he loved it."

"Then he started a night called 'Club Chameleon' at Life café and he went to talk about his night at The Revolution radio station when Clint Boon was DJing and he gave him a CD."

"He [Clint Boon] loved it and he was playing it and he helped us out and got us a few gigs. He then interviewed Paul Weller and we're listening anyway as we like Paul Weller and we like Clint Boon and at the end he played Labyrinth and said what do you think? And he said "Really good, Really Really good" and that's where we got that quote from. So we were just like buzzing and then about a week later he rung up from his tour bus with Steve Craddock with our music playing in the background. And he said "Me and Craddock have been checking your tunes out and we love it and I'm gonna sort you some recording time out and some support slots"

"We were waiting for like 3 months and we didn't hear anything and we thought fair enough we've got a good quote, it's done us good and if he doesn't get hold of us.but then he did get hold of us and we went down and recorded at his studio."

But even before all that happened they'd already started building up this heavy local fan base with wide ranging gigs in and around the Manchester area and fully utilising their Myspace site.
Soon the gigs were getting bigger and the usual faces would start turning up to gigs and this 60's Mod style following started to flourish and was even emulated with the fan favourite chant "We are the kids, we are the kids, we are we are - we are the kids". And although I wasn't alive during that time I imagine it's how fans of people like the Who and the Small faces reacted.

"It's been really good our fan base has been building up for like 3 years now but it's been a build up from all these good things; Paul Weller, Leeds. the Myspace as been good, but you've gotta come and see us live as we are a live band and that's where you see the real Children man."

He's right; live the Children command the stage and their instruments as well as they do on record. Stage invasions and crowd surfing during their support sets is a regular occurrence, but something I've never seen for a support act. As are unprecedented boo's after they leave the stage and a mass exodus of people leaving all before the main act waits to come on.

The band live have got this Manchester swagger which isn't arrogant but is just more confidence in what they're doing and how they're playing which is very refreshing to see from an unsigned band. It's not like they're trying to copy anyone musically or play up their Mancunian roots.

"We've never gone - let's be like this with our music, we just do it out of fun and it's great to do it naturally."

They may be eating pizza that they've found now but they're definitely not using too much that they've found musically, they're consciously crafted their own place in the market and not tried to echo what's already been done in Manchester.

"We always get asked - Who are you like? And I think the best answer is to say We're not like these.but our influences are. and we're interested by anything that's good; anything from the 60's, the 70's, 80's, 90's and up until now."

Not feeling oppressed by the shadow that's been cast by the Manchester sound or by the current popular sound they've made their own echo and are playing with the attitude of - This is us and this is what we do. But one thing that's worth mentioning is this unquenchable thirst for progression and success but above all else just enjoying what they do.

"We're just proper enjoying ourselves, I'm not saying we wouldn't like to get signed but we just enjoy doing what we're doing and people enjoying our music."

Interview and Words by Adam Adshead