The Ghost And The Grace, Interview 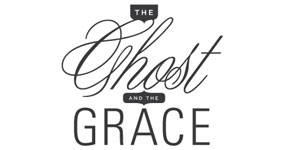 The Ghost And The Grace - Interview

The Ghost And The Grace: Beyond! A New Course

As one half of hybrid-electro-screamo-whatever two-piece 'Idiot Pilot' 'Daniel Anderson' has made waves amongst the alternative music scene both in his hometown of Bellingham, Washington (USA) and even moreso over here in the UK. Without a doubt he could have made more; the songwriting core of his day-job band is incredibly catchy and radio-friendly even if its delivery is undeniably hyperactive and schizophrenic, and a more success-driven marketing plan could have been easily put together. This is the most futile of concerns for Daniel however.

Whilst interviewing Daniel four years ago we conversed a love for bands such as 'Low' and 'Mazzy Star', bands at a polar-negative to his own. It was obvious that any sort of contingency, or even cohesion, would be nigh-on impossible, and this endless reinvention and exploration has resulted in 'The Ghost And The Grace', a solo project that is a million miles away from his previous work, and more than likely a further million miles away from anything he will produce elsewhere. His dÃ©but album 'Behold! A Pale Horse' is all banjos, strings, three-chord sequences and jumping drums it fits somewhere between low-ki 'Arcade Fire'-esque operatics, country&western 'hollerin and straight-up American pop-punk.

Confusing? Kind of, but luckily enough, between creating songs with fans (see www.theghostandthegrace.com) and pushing himself into new sounds and territories Mr Anderson was more than happy to give a broader and more personal overview;

On producing a solo album outside of Idiot Pilot, and musical influences TGATG is attributable to;As a songwriter my output is considerably larger than most, and so I am pretty consistently being left with piles of great songs that will never see the light of day. Sometimes it's because there's just not enough room on a record, and sometimes it's because genre-wise the song is coming from somewhere out of left field and it doesn't fit into the aesthetic of the Idiot Pilot record that we are trying to create. There is definitely a lot of room to explore and breathe as far as the sound of Idiot Pilot goes, and on this next record we are working on it's definitely moving somewhere totally new, but there is still certain a kind of song that I enjoy personally and that I can't really see Idiot Pilot doing in the near future. The Ghost And The Grace is kind of an outlet for that. As far as what I listen to on my own time, it's much more akin to The Ghost And The Grace than Idiot Pilot, whether it's more alternative folk like Andrew Bird or Sufjan Stevens, or straight up folk like Bob Dylan, or even pop songwriting like Randy Newman. Those types of influences are hinted at in Idiot Pilot, but I wanted to have some fun and bring them to the forefront.

On self-releasing his debut album;
I wanted to self-release the album mostly as a kind of experiment. I think that right now is a very interesting time in the music industry where the model isn't really set yet, nobody knows the best way of distributing music. If it is, in fact, possible for someone to make an album on their own, be there one manufacturer and label and distributor, then that would be a beautiful thing and so far, for The Ghost And The Grace, it has been working out very well. I am in no way against the idea of a label, major or minor, but there are pros and cons to each just like there are pros and cons to self releasing, and I thought 'what better time to find out for myself?' If this type of model can sustain itself then the idea of the traditional musician/fan relationship is going to thrown quickly out the window.
It's kind of similar to the way that artists were paid hundreds of years ago, the king or some other nobility would simply give an artist that they like money, as patronage. The performances that were shown on a large scale, theatre etc., did so because the fans of it paid for it to exist. Except for now the king is your fan-base and your friends, two things that are also going to quickly start blurring.

On the creation of 'Behold! A Pale Horse' ;
Behold! A Pale Horse is a loosely based concept album, about death and the many different points of view on death and dying. In many cases I use this as a metaphor for massive change. In a lot of ways my thoughts on death the passing of time were the biggest non-musical influence of this album. I wanted to create something that showed many, many different perspectives on the subject, not just my own. Musically, I also wanted to make something that sounded very American, and rustic in it's presentation, because so much of the music that influenced this album is uniquely American. It's funny because most people who hear Idiot Pilot think that we are British, so it's an interesting juxtaposition to that. Obviously the instrumentation helps, it's pretty hard to not sound rustic when then centre-piece for most of your songs is the banjo.

On using the internet to benefit, not to hinder;
This direction that music is headed is one where the wall between the artist and the fan is thinner than it has ever been been before, and I think that anything that helps that is a good thing. Music piracy is a terrible thing, but there are also some advantages to it. For one thing, it is a massive medium for music distribution, even if it is a free one. At this point, if you have something recorded and you just want it to be heard, you can do that very easily and it will be available to almost anyone in the world in a matter of seconds.