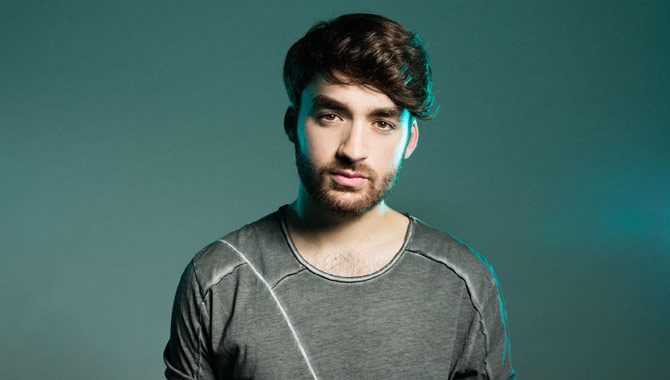 An interview with Oliver Heldens

Every once in a while you come across a brand new talent and rare musical pioneer like the young Dutch DJ/producer Oliver Heldens who really stands out from the crowd with his distinctive sound. Oliver Heldens is quickly becoming one of the brightest house music stars of the generation with hundreds of millions of streams to his name and multiple number one hits. I caught up with Oliver to talk about his latest singles, his upcoming festival slots, future album potential and much more!

Contact Music: Starting off with your new single with Tiësto 'The Right Song', can you talk us through the production of the song and how the collaboration came about?
Oliver Heldens: Tiësto has been a great inspiration to me since before my career, and I always wanted to work with him. He was the first one that supported me back in the day so it was really cool working with him in the studio on 'Wombass'. After we released 'Wombass' we decided to also make a vocal version of the track. I'm really happy with the amazing vocals by Nathalie La Rose, she has an amazing voice on 'The Right Song'. Really proud of this track.

CM: What has been your favourite collaboration so far, and who would you like to collaborate with in the near future?
OH: Besides my latest collaboration with Tiësto, I really liked working together with Throttle on "Waiting". Before we produced the track, I was really curious how Throttle's dirty disco mixed with my future house would sound in a track. We tried to bring out the best of our styles in this song, and it turned out to be a great sound. And I'm currently working on collaborations together with Jauz as my alias HI-LO, so I'm looking forward to show the result to my fans.

CM: You've remixed quite a few songs such as Martin Garrix - Animals, Lady B ft. Rochelle - Return Of The Mack and Calvin Harris ft. Ellie Goulding - Outside, have you got any more remixes you've been working on recently?
OH:I'm working on some new remixes which I want to release soon, but I can't tell what I'm working on just yet. And I'm also planning to remix some tracks as HI-LO in the near future, which I'm really excited about because I haven't done a lot of remixes as HI-LO yet.

CM: What led you to create your alter-ego HI-LO?
OH: I have been into an "underground" sound since the beginning of my career, but with Oliver Heldens it's more about melodic house. I made the decision to create an alter-ego so I could share different kinds of music with people all over the world, and I also think it's important to produce in different ways. And the name HI-LO is actually Oli H spelled backwards, which are my initials.

CM: You run a weekly podcast titled Heldeep Radio. How did that come about?
OH: As a DJ I like to listen to as much music as possible, but not every song fits into the live sets I play. So with that in mind I set up Heldeep Radio, this made me share all kinds of music with my fans. I think it's great to not just share my own music with the world, but also the music I really enjoy listening to.

CM: You've had quite a few singles that have done really well in the charts across Europe, but especially in the UK. Why do you think the UK is more receptive to EDM?
OH: I don't think the UK is really receptive to EDM, they are more into future house and UK bass. These genres inspire me in the production of my tracks, and I really like the deep sound this genre has. So I think my style of producing is bringing something new to the UK sound, and people really seem to like it!

CM: Have you got any plans to release an album any time soon, and if so will it be featuring some of your hit tracks such as Gecko (Overdrive) and Last All Night (Koala)?
OH: I'm currently not planning to release an album any time soon, but I think it would be a really cool idea to remix songs as Hi-Lo and release them together. So I'm currently not working on anything, but who knows what the future will bring!

CM: Throughout 2014 you toured the summer festival circuit with appearances at Tomorrowland, Creamfields, Electric Zoo Festival, Stereosonic and more. Which was your favourite festival to play at and why?
OH: Creamfields is one of the coolest festivals I've played in the UK so far. My set turned out to be pretty early and on a Sunday, so I didn't really know what to expect. I thought the people would be out of energy because they have already partied for 2 days, but they proved me wrong! It was packed with fans, and the crowd really went crazy with me!

CM: You're playing Belsonic with Tiësto, Creamfields and T in the Park in the UK this year, as well as having announced Tomorrowland. What are you most looking forward to?
OH: All these festivals are great to play at, and I still can't believe I get the possibility to play for these insane crowds. I'm looking forward to play at all these festivals, but Creamfields is definitely one I'm excited about. My last time at Creamfields was just insane, and I hope the crowd will once again surpass my expectations!

CM: You've not long turned 21, how did you get into EDM and DJing in the first place?
OH: I have always been into music a lot thanks to my family, and I was always making music as a kid. I have always been into designing stuff when I was younger, and I really wanted to be an architect or designer. But when I found out that I could produce music with a computer, it really amazed me and my head was already full of ideas.

CM: What is your dream goal as a DJ?
OH: My dream goal is to keep my fans entertained with awesome releases, and I want to do this as long as possible. I also hope I get to release a lot of cool tracks on my label Heldeep Records. Not only mine but also from other great artists. I really enjoy producing music and being a DJ and I'm very thankful for all the people that have been with me on this journey.