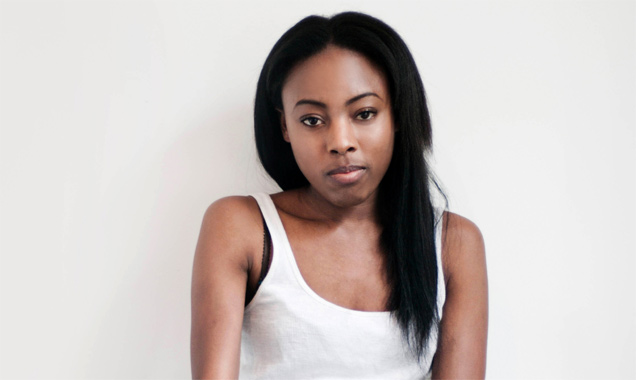 23-year-old Northampton singer-songwriter Jay Brown is someone to keep an eye on this year having played Glastonbury 2013 and getting the chance to work alongside Bastille's Dan Smith before even having an album out. With her debut single 'We Are The People' out very soon, we're certainly looking forward to her album - which she reveals could hit the net next year.

Brown spoke to Contact Music recently to tell us about what she's got planned for the rest of the year, how she got into making music and her inner rocker.

Contact Music: Hello Jay, can we get started with some quick fire questions?
Jay: Yeah, go ahead.

CM: Name one of your phobias?
Jay: Spiders. I hate spiders!

CM: What was your favourite cartoon whilst you were growing up?
Jay: Every week we used to sit and watch The Simpsons.

CM: What's your favourite book?
Jay: I don't want to say. I'm going to say 'Lord Of The Flies' for now, but really it's cringe.

CM: What are your pet hates?
Jay: I know it sounds weird, but I really hate dirty carpets.

CM: Where's your favourite place in the entire world?
Jay: My bedroom, I guess. I write all my songs in my room. I know that's cliche, but it's true.

CM: Are you a morning or night person?
Jay: Night person, for sure.

CM: Who is the most interesting person you've ever met?
Jay: My best friend.

CM: What's a quote you live by?
Jay: I guess 'persistence and consistence is key'.

CM: Your addiction?
Jay: Pasta. I have quite an addictive personality. I get addicted to most things. Falling in love, but with the wrong person.

CM: Well, we hope you find the right person soon. Thanks for that. Your debut single 'We Are The People' is out mid-June but the track was recorded at the start of the year. I bet you're really excited to finally release it!
Jay: Yeah, I'm so excited! At first, I wasn't sure whether I wanted to release that one, but now it feels right. 'We Are The People' is the one that stands for me. I really believe in the lyrics and it just felt like a good one to start with to say who I was.

CM: You grew up in a very musical family. Musically, what did your family teach you?
Jay: Basically, I went to a school run by my parents and it was compulsory to learn an instrument. So, literally, from the get go I was thrown into music; I've got a very strong mother and she was pushing us all the time, though not in a bad way. I was always made to feel like I could do anything.

CM: Have your musical influences changed over the course of your life?
Jay: The core of my musical influences is definitely rock. I grew up liking bands like Pearl Jam and Nirvana. So that's always been consistent, but I guess I'm still quite a pop head; it all depends on the song. If a good song comes out, I'm going to love it with whether it's cheesy or death metal. There are a few records I go back to I love Morning View by Incubus, that never gets old for me. Blur have also been a constant love.

CM: What's your main inspiration when writing?
Jay: Hopefully this doesn't sound too cliche but writing is a reflective process for me. I always write when I feel down or when I release some kind of happiness or frustration. So that's how writing works for me.

CM: Your music video for 'We Are The People' is pretty brutal. What inspired it?
Jay: Basically my brother's best friend, who wants to be a film director had the idea. He was like, 'Well, there's always videos with young people in it; it'd be cool to do the opposite'. Then obviously with all the stuff in the news at the moment, we wanted to push that and I wanted to push the fact that people can connect with one and other or fight for what they want and break the norm.

CM: Do you think commercial success is always the thing new musicians strive for or is it simply an additional benefit for emerging artists?
Jay: I think it's a bonus, for sure. I was arguing about it in songs, whether I was pursuing a career in it or not. Obviously, you want to be able to live off making music so you can just keep doing it all the time so, yeah, definitely a bonus.

CM: You've said you used to play in a rock band as a teenager. Could you ever see yourself returning to rock music?
Jay: I liked Skunk Anansie and Killswitch Engage. All the gigs I went to I was moshing all around the place. I was in a band with my best mates in school, that's when I started kind of taking music seriously. I literally thought we were going to be the best band in the world.

CM: You play with a full band now don't you?
Jay: Yeah, my band are really important. I write all my songs in my room and then I take it into the band set up. I like to develop the song together because it's just more interesting for the musician and more interesting for me. So I've got the full band set up but there's also a duo I do that's just me and the cellist and I've actually been gigging with her for like four years, so that's sort of the core of the band, we were only meant to do a one-off gig, but four years later we're still gigging together!

CM: You played Glastonbury last year, have you played (and will you be playing) any festivals this year?
Jay: We played The Great Escape and then we played Dot To Dot Festival on Sunday. We just got news that we're playing at the Royal Albert Hall. Hopefully another will trickle in then because I love doing festivals. It's everything about them; you get to play with a different atmosphere, and you get to discover new artists. I really like networking [laughs] so I just spend the whole time chatting.

CM: What are the plans for an album?
Jay: I've got a load of songs that I want to get recording, so we're going to spend the rest of this year just gigging and recording and hopefully next year release something.

CM: What's next for you?
Jay: That Royal Albert Hall gig, then I've got the Islington launch gig on June 18th, I'm very excited for that.

CM: Thanks very much.
Jay: You're welcome.