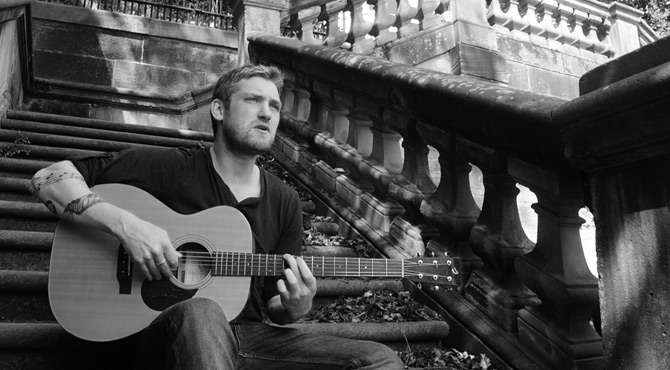 An Interview with James Mackenzie

James Mackenzie has been on the circuit for a while now, writing songs filled with raw emotion, heartfelt lyrics and extravagant guitar melodies. He has been compared to artists such as Get Cape. Wear Cape. Fly and Noel Gallagher's High Flying Birds but he also brings in his own unique approach and tone to his music. His forthcoming EP 'Winter' is out now via Tornface Music, so we caught up with him to see what he's up to following the release.

Please describe in one sentence what your music sounds like.
Acoustic pop. Early Mumford & Sons with a hint of Iron & Wine and Get Cape, Wear Cape, Fly

What is your EP 'Winter' about?
'Winter' is about the desperation of love and loss; about life choices and decision making.

Who are your main influences as a musician?
Charlie Simpson, Crosby Stills and Nash, Simon and Garfunkel, Glen Hansard, Damien Rice and Ray LaMontagne.

Where has been your favourite venue to perform live so far?
I had the pleasure of playing at the Cavern Club in Liverpool on my way back from a show in London.

What do you want people to think when their listening to your new EP?
That life isn't all that s**t. It's hard enough, don't make it any more difficult by letting things drag you down.

What can we expect from James Mackenzie for the rest of 2015?
I'm writing more, I'll be playing a few shows and releasing a video imminently.