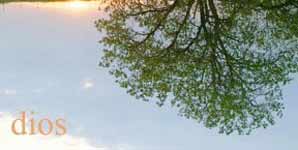 Hailing from the same town of Hawthorne California, as The Beach Boys and Black Flag has given the dusky indie/folk tunewmiths of Dios (Malos) a diverse range of influences on their doorstep, to help them mould their craft and crisp sound. Dios Malos has been constructed from the souls of guitarists/vocalists Kevin and Joel Morales, bassist John Paul Caballero, keyboardist Jimmy Cabeza DeVaca, and drummer Jackie Monzon.

The guys have been busy touring and promoting their eponymous UK debut album that is both homely and journeying, building melodies from raw emotion, as the deeply drawn out 'I Want To Be Someboy' and the shaking 'EPK' testify. Drawing from the passion and slab of eccentricity of Os Mutantes and to a lesser extent, The Beatles sees Dios (Malos) reaching out to a wide audience with their brand of deep seated modern indie. J P Caballero kindly gave up his time to relive their journey to self discovery.

1. How easy was it for a band with your earnest DIY ethic to get established from your base of Hawthorne, Calfornia? And what was the prevailing music scene there, did you fit in with it?

It's easier than you think if you have at least decent songs and a good work ethic. We were willing to play all shows and the music was really good even then. The prevailing music scene where we're from is shitty surf punk and other forms of crap. Not much of a scene, but there are a few good bands from the south bay, the Rolling Blackouts being one.

2. On a general note, you hail from the same town as Black Flag. Do you feel that music should play a prominent part in raising political awareness, or do you think that, at times, Henry Rollins goes too far? Have you had many heated political discussions with him in your local coffee shop?

I (JP) am from Hermosa Beach, home to black flag and SST Records (Minutemen, Meat Puppets, Descendents). They established a DIY network people like us, who wanna be what we are and sing what we sing and not try and fit a demo that appeals to 15 girls or 20 year old dudes who cried when Dime Bag Darryl got shot. they never struck me as political, not like Jello Biafra. Rollins talks about dealing with life's general retardedness, on the level of a standup comic. Reading 'Get In The Van' made me wanna drop out of school and play music, my grammar never recovered. He lives in Venice now (i think).

3. There is a rich and musky Mercury Rev vein on your recently released self-titled debut album. None more so than in the slightly atmospheric 'Feels Good Being Somebody' that hints at escapism and indulgence. What motivated you to pen this number and choose it as being the first impression people get of your sound, when listening to the album?

Mercury Rev; funny, because we've never owned a Mercury Rev album. We like good songs and atmospheric arrangements. We like making music that is it's own sound and event and feeling. Vibe stuff. The song is first because it's got a stupid drum beat, and it seemed like a good start. Actually we wanted to put 'I Feel Fine All The Time' as the first song, but changed our mind
(Barely)

4. Your previous single 'I want It All', is a crafted and broad pop number that is reminiscent of how pop songs used to be built, from a body of emotion and a broad musical base. Do you think it is embarrassing to be termed a pop artist these days, given the types of acts that this naturally leads you to be being compared with?

Well, we like songs with structure, which clap your hands say huh bands don't really have. They are sheer repetition, which is dull and burns you out after a while. I wish people would call us a songs band or something weirder. A song and dance man band, sounds better.

5. What was the last gig you attended as a spectator and does it feel strange watching other artists? Are you constantly making mental notes on their performance?

Last show i actually attended was our friend Miguel Mendez at Spaceland.
When you've been on tour for a while and playing so many shows you start looking at everybody around you and noticing how they set up and handle themselves onstage. You start to notice tics and stuff like that. it makes it less romantic, but i appreciate the reality of it. It's human, and a little sweet.

6. You seem to be a close knit quintet. How do you resolve any creative differences arise?

You just keep going and work around the small problems. All ideas are potentially useful. You just have to mess with them and drop them if they smell bad.

7. Describe the song writing process for Dios (Malos). Do you have collective input or is each song the brainchild of one member of the group?

Joel writes the songs and arranges some of them. Some songs are skeletons that get a lot of ideas worked out in practice. Some end up very different. It depends on the mood that day.

8. It's Festival season soon. What is your favourite Festival moment. And do you agree that your hazy, summery sound makes you an ideal Festival outfit?

9. Are you alarmed by the ability of certain media and press institutions to make a band or artist so big via the vice of hype? Do you thing that the music loving public relies too much on tastemakers in the U.S.A. and the U.K.?

Hype will always exist; hype exists in the media, the supermarket, the church, the schoolyard. Hype is bogus; although i can't say we haven't taken advantage of having it at times....it's annoying when it turns a hack into the messiah of whatever.

10. Finally, which of your songs sums up your current mood and why?