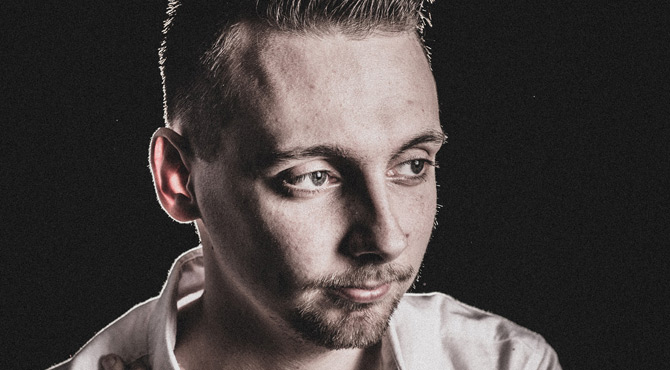 An Interview with Brendan Dalton

Brendan Dalton is a Scottish singer who's come a long way in the last year. Not content to work within the confines of a band, he decided to write songs for himself, songs that are personal and heartfelt. His single 'Medium' came out over the summer, and we decided to catch up with him to see what makes him tick.

How would you describe your sound?
Heartfelt, personal and honest are the main factors for my music. I like to write emotive songs that really resonate with some part of me and hopefully with the listeners as well.

Who are your main influences? Musical and non-musical.
Musically, it's pretty wide with the likes of Ryan Adams, Bon Iver and Fleetwood Mac. Outside of music theres so much that inspires me; art, film and spoken word all play a massive part in songwriting for me.

Can you tell us a bit about your single 'Medium'?
It's a personal single, about loss and friendship and how the two are connected. Hopefully people will find something to relate to. As long as it resonates with some facet of the listener then I have done what I had set out to do.

Can you talk us through your songwriting process?
It varies from song to song. I don't really have a set ritual or process. Sometimes it can stem from a vocal melody and I'll wrap the rest of the song around that or vice versa; I'll come up with a chord progression I really like then the words fall into place over it.

What advice would you give any younger musicians making their way into the music industry?
I've not been in the industry that long so I don't really any profound words of wisdom. But, I will say just be honest with your music write what you want to write and have fun doing it.

Where has been your favourite place to perform so far?
I used to play regularly at an old church building in my home town. The people and atmosphere there were amazing. It was always freezing but still fun.

What's the story behind your free download track 'Beachcomber's Holler'?
It's a love song, just an honest to god love song. You can take away as much or as little from that as you want but at the end of the day it's about love and distance.

What are your plans for the rest of 2015?
I have another single coming out soon. After that I'm really going to push to get an EP either late this year or early next. I'm also working on something really special that's still very much in its infancy, but hopefully I'll take that around the UK later this year.

Where can we find you online?
All the usual haunts; Facebook, Twitter and Instagram. You can also grab my single from www.merakirecords.com and the usual iTunes, Spotify etc.