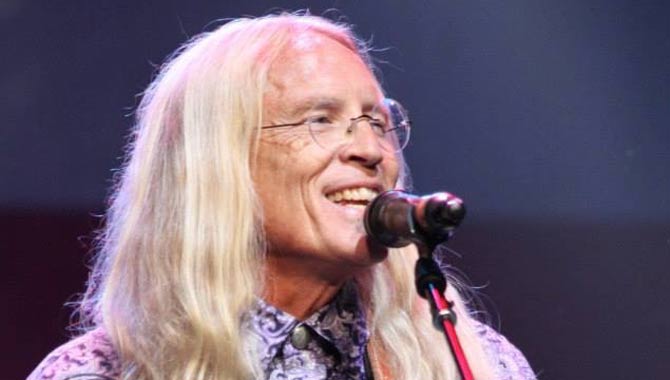 An interview with Billy Crain

Many so-called Millennials may not have heard of Billy Crain, simply because Billy is what is called a Baby Boomer. If you haven't heard of him, you should check him out. His latest album is 'Family Matters', kick-ass Southern Rock at its best.

Billy's done it all and seen it all, including playing onstage in front of more than one million people. He hung out with Duane Allman, Eric Clapton and Jimmy Page; and shared the stage with the Rolling Stones, Lynyrd Skynyrd, Van Halen, ZZ Top, The Allman Brothers Band and The Cars. Billy's jammed all night with the incredible Dicky Betts and has drunk whiskey with Jimmy Page of Led Zeppelin fame.

But he's more than just an axe-man, having co-written hit songs performed by Poco, Martina McBride and the Dixie Chicks. And most importantly, Billy doesn't perceive himself as a celebrity or a superstar musician. Instead, he's warm and kind and compassionate, a real human being. Randy Radic speaks to Billy Crain for contactmusic.com.

Contactmusic (CM): What is the most trouble you've ever gotten into?
Billy: Oh boy, you had to ask ... back in the early 70's I got in trouble 4 or 5 times with the Metro Police Dept. here in Nashville. The last arrest, the DA told me that he didn't want to see me for at least for another 10 years, so I moved to the state of Florida to play with the Henry Paul Band.

CM: What are the five things you can't live without?
Billy: God, my wife, my children, making music, and sleep!

CM: What's your favourite song to belt out in the car or the shower?
Billy: Tom Petty's "Freefalling."

CM: What kind of guitar do you play?
Billy: I started out playing primarily a Gibson Les Paul guitar, but somewhere around 1990, I started playing Fender Strats. Fenders are a little easier to play these days.

CM: What guitarists influenced you the most?
Billy: My brother, Tommy Crain, along with Duane Allman and Dicky Betts.

CM: Of all the famous bands you've played with, which one was your favourite?
Billy: The Outlaws. That was (and still is) one helluva band.

CM: In my review of your latest album, I described your musical style as Southern Rock. How would you describe it?
Billy: Randy, when you get down to it and I hate to admit it, but you are... right! I grew up on Southern Rock and tried so hard to step away from it. But when all is said and done, it's still Southern Rock.

CM: How important do you think image is to musicians in general and to yourself personally?
Billy: Image is very important to anyone in the entertainment field. We all want people to love us and tell us how great we are. But my brother taught me an important lesson and that was to be respectful to everyone. Just because we get to have this God-given talent, it doesn't make me any better than anyone on this planet.

CM: Our society is inundated by news about celebrities and their lives. How would you describe your musical image? How did you go about determining what image to portray?
Billy: One thing that has always been said to me is how accessible I made myself to the public. I try to stay humble and be a working man's man. Another thing that is important is to stay out of controversial stuff. I don't know doodley squat about politics; and whether you believe in Jesus or not, or what you think of me is none of my dang business!