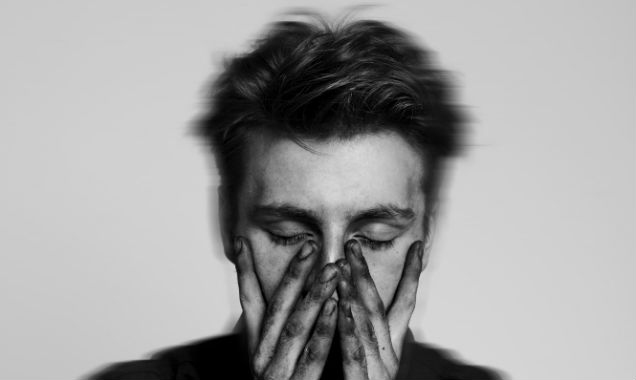 Benjamin Yellowitz is a singer, songwriter and producer, however his sound transcends your typical singer/songwriter output, blending elements of dance music production to give it a keen edge. A protege of soul singer Laura Mvula, he's been working professionally as a musician since he was 17, providing beats for Tru-Thoughts singer Lizzy Parks and, as a solo artist, supporting the likes of Bonobo and Norman Jay.

His latest single, 'Ash Wednesday', is out now and is a dark and soulful example of the distinctive style Benjamin has developed for himself both on stage and in the studio. We caught up with him recently to see what he's about.

Contactmusic: What was the defining experience that led you into music as a career?

Benjamin Yellowitz: I think I've always wanted to be a musician from a young age, but it was a session guitarist - Tom Robins - who picked me up from an open mic I was running and introduced me to the professional world of music. I was lucky I looked older than I was; at 16 I shouldn't have been playing in clubs/bars with hen parties coming up to us asking for more than a song! It led us both on to bigger and better things; I spent a short time playing drums/percussion for Lizzy Parks, we supported Bonobo, and played live on BBC Radio 6 with Craig Charles. All of this just taught me how good musicians can be, I am still learning from the amazing musicians around me.

CM: How would you describe your sound?

BY: This question has been so hard to answer for so long, but I feel I have arrived at a good description - it is a huge melting pot of acoustic songwriting, RnB grooves tied together with dark, twisting production.

CM: There's more than a subtle religious element to your latest single 'Ash Wednesday'. Can you give us some background on that?

BY: The song is about my time growing up through two religious schools, both diversely different from each other - yet very similar. It's about the introduction of faith at a young age and the things that come along with that.

CM: Do you see yourself more as a singer/songwriter or a producer?

BY: If I'm honest, singer/songwriter seems like such a small box to me, I certainly don't fit in with 'acoustic guitar, floppy hair, standing in a woodland area' but neither do Fink, Jono McCleery and even Ed Sheeran; perhaps this box is getting bigger. As a producer, I am still ruled by the song, I've spent days slaving away on tracks that have never left my computer/studio because the original song skeleton was just not interesting enough. As much as I hate to sit on the fence, the two go hand in hand, and I am happy to be both!

CM: Talk us through your process - how do you arrive at a song?

BY: I have written songs since I was a young teen, sometimes it has been forced and other times it has been for my own benefit, now I feel I have reached a point where I do not worry about where the next song will come from. It was only last summer, that I banned myself from writing any songs to go away, experience some new things and just live! Funnily enough, most of my new EP has come from a result of that!

In terms of process, lyrics always come first, they usually don't have a rhythm, structure or melody in mind - that comes when I form the song with guitar or piano. After a few weeks I'll either record some demo ideas or lose the song amongst others that don't make it. I always think that if it's a good song, it will stick, not because it's catchy (although this is a good thing), but because it's interesting.

CM: Who, musically, would you say has influenced you most over the years?

BY: I have taken influence from the lyric styles of Tracy Chapman and Ben Howard, but it was Fink and Rap and Metal genres that taught me that I didn't need to present the best side of my personality in my songs. Cutesy, nice music is generally not my thing, it's generally insubstantial. My production is influenced by 90s/00s RnB/Rap like Usher, D'Angelo, The Roots. More modern influences are James Blake, Son Lux and Movement.

CM: Your sound is quite distinctive. Talk us through some of the challenges of recreating it in a live setting?

BY: It has been a challenge for so many years, at one point I even started playing keyboards with drum sounds on some of the keys so I could play keyboard and drums at the same time! Now I am joined on stage by three brilliant musicians; Terry Downs on Bass, Josh Fowley on Drums/Sample pads and Hilda Sibeck singing backing vocals/keyboards. Having an electronic set-up is ideal and strangely so musical, these guys really understand my tempo changes and the need to be tight with each other even when sitting right back on the beat (they call it Bentime). Although there are more of us on stage now, they still leave me room for my percussive guitar style too.

CM: What can we expect from your upcoming EP?

BY: It's a roller coaster, one minute you'll be listening to a bright catchy melody, the next, you'll be wading through a production-heavy breakdown surrounded by reverbs, samples and harmonies. Although I take influence from so many different genres, I feel that the EP ties them in together without being too redundant.

BY: There's music videos, a short film, 'Sofar Sounds', BBC Introducing, we will be finishing our UK tour by the end of March and then we'll be crossing the channel on the 4th April to cover much of Europe. There'll be plenty more gigs and festivals to come too!