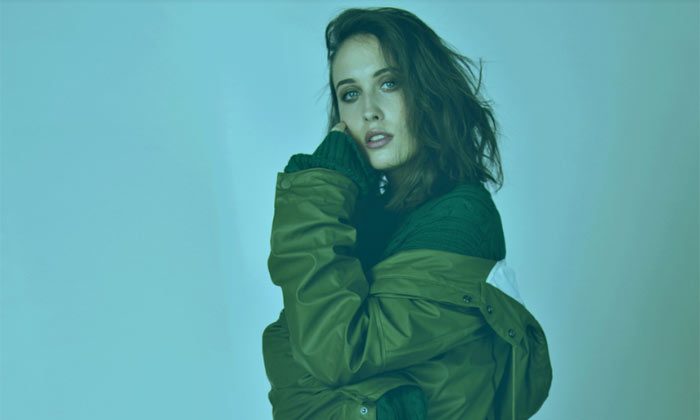 An interview with Alice Merton

Since the release of her debut single 'No Roots' in January this year being a smash European on her own PaperPlane Record Label gaining 5million streams and 20+ video views, German based Alice Merton has now singed deals with Sony Germany and Mom+Pop Records in US. We caught up with her to ask a few key questions about her family roots, future collaborations and what's to come.

Your self-released 1st single gained European chart success and over 20million youtube plays. Did you release this track with such success in mind or has it been a big surprise?
It was a huge surprise. None of us were expecting this at all. I still can't really believe that It got so much attention.

With your parents based in the UK and having moved around a lot when growing up, where do you call you home?
Home for me, is with the people who I really love. Whether that's in England with my family, Ireland with my relatives or Germany and Canada with my friends.

What are you future plans for the UK?
We hope to be playing more shows in the UK soon and just building up a fan base. I love spending time in England, whether it's for writing, producing or seeing my parents and siblings.

We hear you've now signed record deals around the world, will you still release music on your own label?
Yes. I am still signed to my label as an artist and therefor can decide what goes on the album. We wanted however to expand and get our music out to different countries with a team that supports us.

What you're favourite part about being a popstar?
I don't really see myself as a pop star. I guess I just really enjoy being able to play my music for people who actually want to listen to it.

What song do you wish you wrote?
I wish I wrote Paper Planes by M.I.A.

What one artist is your guilty pleasure?
John Mayer.