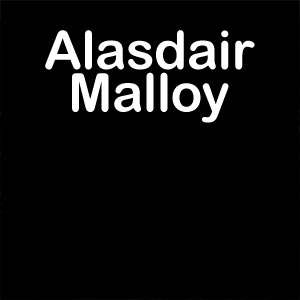 December 3rd 2012 sees a landmark release unleashed; the fourteenth studio album by the incomparable Scott Walker. His fourth of the last thirty years, it sees a further separation from the balladry of The Walker Brothers into areas much more challenging, both for himself and his audience. The result is a nine-track, seventy-minute plus epic that explores the themes of long-dead dictators, brown dwarfs and bodily emissions on a landscape of thick silences, sheer noise and almost all points in between; a work that is tied to its precedents The Drift and Tilt but also an entirely different beast in its' own right.

Indeed it is all but impossible to summarise Bish Bosch in a word count that doesn't hit the thousands; do you focus on the shrieks and screams that push Scott's vocals further than they have ever been pushed before? The meticulously layered orchestration than combines traditional instruments with the Tubax, Hawaiian war drums and household objects? Or simply the caverns of vast nothingness that are just as important in establishing the atmosphere throughout? How does one comment on something so unique, so inherently foreign, that it seems our existing language seems insufficient to even breach it?

To give an insight of the process of creating what is surely one of the most adventurous and free-thinking albums of the year, Contactmusic.com was lucky enough to put questions to Alasdair Malloy, a well-travelled percussionist and arranger with a wealth of experience in contemporary and classical fields who has been a trusted collaborator on Scott's last three opuses. Like Scott's music, Alasdair's answers are well thought-out, in-depth and without concern of brevity. Here they are, unedited:

ContactMusic: I'd like to know when you first started working with Scott, and how you came to work with him?
Alasdair: My first encounter with Scott was when I was approached to work on Tilt towards the end of 1994. I think that what appealed to him about me was that while I had worked with several rock musicians, my background was as a classically-trained musician and I had performed with some of the most prominent contemporary composers in this field. 18 years later on I'm pleased to say that I have continued to retain such diversity in my work and I'm particularly pleased that my relationship with Scott is still flourishing.

ContactMusic: How did your work on 'Bish Bosch' differ from that of 'The Drift', and how different was the mood and ambience of the studio itself? To me it sounds like a looser, more playful piece of work. Is that reflective of the general mood in the studio?
Alasdair: Tilt, The Drift, and Bish Bosch were all recorded in different studios and each gave their own character to the way we worked and the end result. For Bish Bosch, Scott chose a more intimate studio and, strange as it may seem, when the distance from the recording area to the control room is a matter of only a few steps, rather than out of a booth and across a vast room and upstairs, for example, things are more immediate and flexible.

Of course, the other side to that is that it wasn't possible for me to set up my instruments and leave them set, creating an ever-expanding cage of percussion as we did on the previous albums, and we knew that I would have to have finished with whatever I was playing and dismantle it before moving on to the next pass. This was certainly a different approach from before but we all settled into it very quickly without losing any of the energy and commitment that Scott always demands.

Despite the obvious intensity of the music and the rigorous way Scott works in the studio, the core team - Pete Walsh, recording engineer and Mark Warman, musical director, as well as Scott himself, have a great sense of humour and fun and there are always many lighter moments along the way to balance up with some of the darker elements in the process.

ContactMusic: In the recording process, how exactly is your percussion laid down? Does Scott have an absolute idea of a sound he wants to achieve before you go into the studio, or do some of the sounds come from improvisation/jamming?
Alasdair: Following on from my answer to the previous question, recording the percussion has been different for each of the albums. For Tilt we recorded each track together as a rhythm section, each of us in different booths or rooms but all playing at the same time and interacting as a band. The Drift retained certain elements of that so some of my sessions were with one or two other musicians - drums and bass for example - but a significant amount of it was just me in the studio. Although the studio we worked in for Bish Bosch had a couple of booths these were mainly used for some of the specific instruments I had to play and there were no occasions where I recorded with anyone else other than when Scott or Mark would come in, and we would experiment with doubling certain elements of what I was doing live rather than tracked. I learned very early on with Scott that he would rather have everything played throughout rather than looped and it is really important to him that the energy and commitment are kept at the most intense level, so on some of these long tracks with extended groove sections this was physically and mentally exhausting.

Scott, Mark and Pete would plan exactly what they wanted me to do each day and I would be given a list of specific instruments or sounds that we would be working with. Sometimes while I was there they would play me a particular recorded sound that they wanted me to emulate live and we would then discuss various options and alternatives that I would then sort out in time for that specific session. Scott is extremely particular about sounds as you can imagine and over the years I have got to understand certain aspects of the sound world he seeks, and he has got to know several of my own instruments that he favours.

Scott and Pete always prefer to record the natural sound of something rather than use recording tricks so I have to home in as closely as possible on whatever sound it is that I've been asked to create, however there have been times when something not right has proved to be effective on another track. Of course, Scott sometimes finds a sound he likes and provides me with the means to achieve it, but more of that in answer to your final question!

ContactMusic: How long does it typically take to record the percussion for a particular track? Are you there from the start to completion of a track?
Alasdair: I can't give you a clear answer to this I'm afraid as it is always different, but for this album things were determined by whatever instrument or set up of instruments I was going to be using each day and then we would work on all of the tracks which used those particular sounds. We had to be absolutely certain that everything was captured exactly as desired before moving on and working like this meant that I never had a clear idea of the overall structure of several of the tracks. This was not a problem or concern for me as Mark would be able to fill me in on context as I was resetting things in the studio and I certainly enjoyed revisiting some of my previous recordings after days or weeks as we layered up the different percussion sounds on the different sessions.

ContactMusic: I note that you have used exotic and unusual instruments and tools such as machetes and chisels on 'Bish Bosch'. How did the use of these come about? Was it a case of you knowing exactly what would achieve a particular sound, or a conscious effort to create something unique?
Alasdair: I've more or less covered this in previous answers and all the sounds come out of a Scott's very clear vision for the specific sounds for particular moments. For example, for one of the tracks on Bish Bosch he wanted Hawaiian War Drums and this involved me in a considerable amount of detective work, listening to archive recordings and even contacting museums(!) but in the end I was able to have a number of options in the studio for Scott to consider and we found a way of achieving the exact sound. Other times, the detective work has been done for me and I arrive in the studio to be given something to play, like the machetes and chisels you mention. On those occasions, perhaps more so than when I am playing more orthodox instruments, I feel a particular responsibility to do more than just make the sound but to make it work effectively in whatever pattern I have to play and in the context of the track. There are certain things I have done in the studio without any hesitation for Scott that I would be more wary of elsewhere, but when faced with someone with such a strong inner vision and such creativity who works in such a demanding and rigorous manner, why hold back?