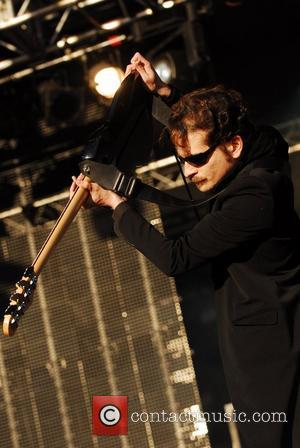 Interpol drummer SAM FOGARINO was left embarrassed when Ashlee Simpson went backstage to congratulate him after a raucous gig - because he had no idea who she was.

The New York cult rocker is used to having famous Hollywood folk as fans, but was surprised to learn Ashlee and her older sister JESSICA enjoyed his band's music as well.

Fogarino says, "We did a show and Ashlee was hanging out backstage and I really didn't know who she was.

"She's so sweet, she's very sweet. I would openly welcome the sisters Simpson into the Interpol fold."