Album Of The Week: Exploring The Wonders Of Acoustic Soul With India Arie

If you need an album to cheer you up during this bleak time of uncertainty, look no further than American R&B artist India Arie's debut studio album Acoustic Soul - her stunning first release on Motown Records released 19 years ago today.

India Arie worked with producer Mark Batson on this inimitable record, who went on to win awards for his work with Eminem and Beyonce. It's no surprise that it made the top 10 in the Billboard 200, thanks to singles like Video and Brown Skin, which remain her most successful songs to date in the US and UK respectively.

Continue reading: Album Of The Week: Exploring The Wonders Of Acoustic Soul With India Arie

A triumphant Wale gave Kanye West and J Cole a good thumping on the chart this week.

Washington D.C rapper Wale has topped the Billboard No.1 after his third album 'The Gifted' sold a very solid 158,000 copies, according to Nielsen SoundScan. Wale's follow-up 2011's 'Ambition' - which saw him cement a place in the mainstream - ousted Kanye West from the top-spot, whose album Yeezus suffered a dreadful drop in sales.

Clearly, Wale was boosted by the success of lead single 'Bad' which has been a mainstay on rap radio since the beginning of the year. It peaked at No.3 on Billboard's rap chart and spawned a Rihanna remix.

Last week, Kanye West had marginally seen off J Cole's new album Born Sinner for the top spot, though the tide has turned dramatically. West suffered an 80% drop in sales - the fourth biggest second week drop since SoundScan began keeping records in 1991 - to allow J Cole to snatch the No.2 spot with an additional 84,000 sales. Kanye's slump echoes Madonna's huge sales drop with MDNA, which sank a massive 87% in week two.

Soul singer India Arie, 'American Pie' actress Natasha Lyonne and 'Boogie Nights' star Nicole Ari Parker were all among arrivals at the GEMS Benefit gala in New York City. The stars we snapped outside the side entrance to the venue pre-red carpet glamour. Natasha seemed a little shocked at all the photographers as she had only stepped out of the building for a smoke. She is asked if she would pose for a picture but seems a little reluctant. 'What is this? One minute! I just want to have a cigarette!' She said. 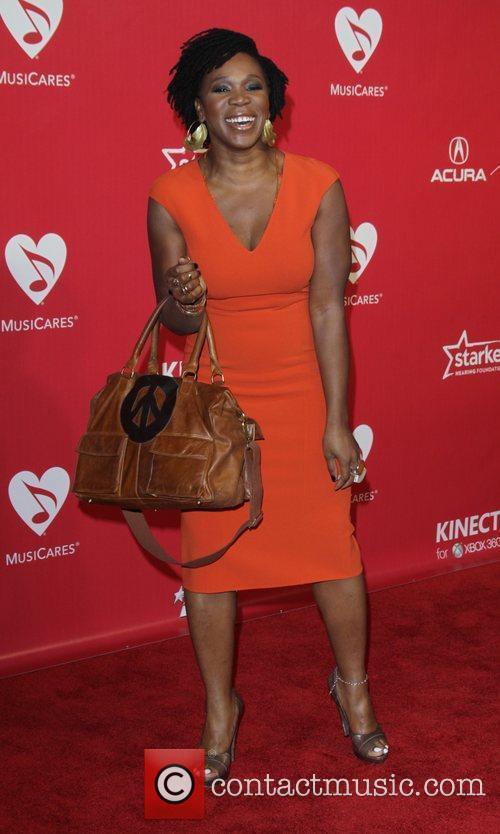 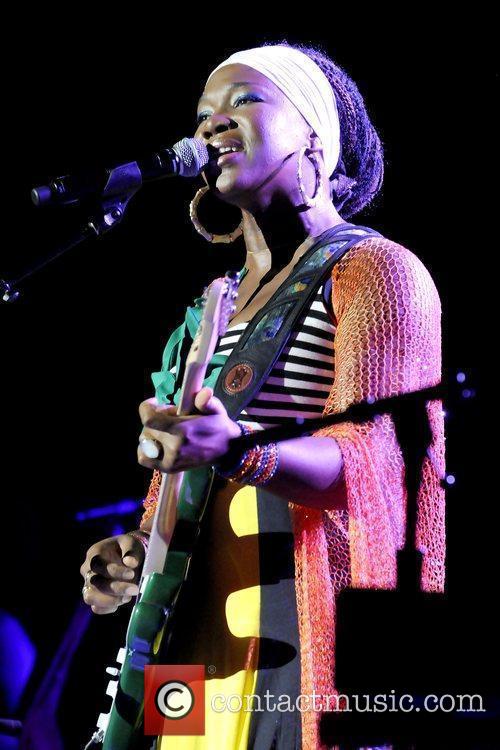 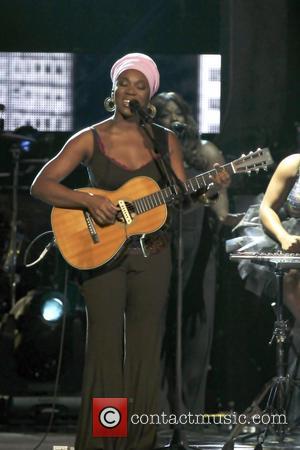 India.Arie, I Am Not My Hair, Audio Stream Video