Iman doesn't like it when people refer to David Bowie as her "late husband" and she hopes to reunite with him in the afterlife. 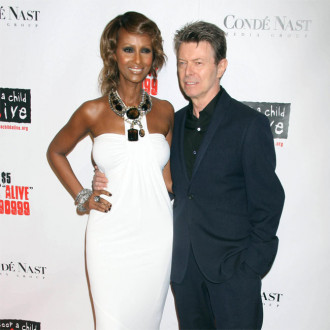 Iman doesn't like it when people refer to David Bowie as her "late husband".

The 67-year-old model's beloved spouse - who she married in 1992 - died of cancer in January 2016 but she still thinks about him "every day and every minute" and will "always" consider him her husband.

She said: "I have a necklace I'm wearing under here that has his name on it, [a] designer who is a friend of ours called Hedi Slimane sent me this and I've worn it since that first week after David passed away. Yeah, I think of him all the time.

"People said your 'late husband,' I said — don't call my husband 'late,' he's not my late husband he is my husband and he'll always be."

Iman - who has 22-year-old daughter Lexi with the 'Ziggy Stardust' singer - isn't ready to date again.

Asked if she's open to love again on a SiriusXM 'Today Show Radio' special, she told Hoda Kotb: "I'm always open to love I just don't know if I'm open to that kind of relationship, it's only been six years so I'm not open to that yet.

"[Six years] feels like a blink sometimes, and sometimes 100 years."

The Somalian beauty hopes to be reunited with the music legend one day.

She said: “If there is an afterlife, I’d like to see my husband again. That’s the one I want.”

Iman feels "lucky" to have had such a special relationship with David.

She said: “I think if you’re lucky, you’ll experience something like that, you know what I mean? It’s luck, and I was lucky.

"Destiny definitely but how can destiny choose one person and not another?"

And she will never forget his "wicked" sense of humour and the way they used to dance together.

Asked what David had loved most about her, Iman said: "My sense of humour, but he had a wicked sense of humour. Everything was a double entendre, we laughed a lot.

"We danced a lot, in the living room. Not to his music, that would be awkward. He loved jazz, he loved blues." 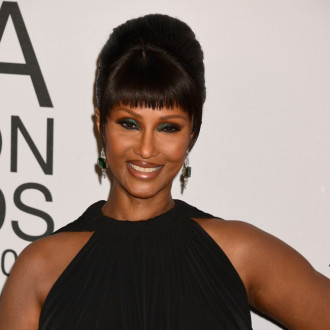