Noise is good. In fact it's just great. ILLLS seem to like it too; they may even live off the stuff. The Mississippi duo's debut 'Dark Paradise' is a wondrous cacophony of unrefined sounds; the majority is raw and far removed from 'over produced.' This is good to hear when we are bombarded with the fakery of some music (mainly chart-based), through ads, radio and our own listening (if you like that kind of thing) on a daily basis. Only ten seconds of this EP could be seen to have some heavy production to it, if you're being ridiculously picky. But that ten seconds that open 'Goods' make your brain spin with the harsh beat and overlapping string of 'la's. It just kicks in to both headphones and the brash strumming snatches its airtime back. Don't get jealous now. 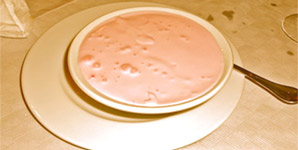