A matter of hours before its second season was due to premiere, ‘Broad City’ has received some more good news. Comedy Central, the network that airs the hit comedy, has decided to renew it for a third season.

Ten more episodes have been commissioned by the network, presumably due to arrive in early 2016, which along with the success of ‘Inside Amy Schumer’ demonstrates its commitment to bringing through new female talent alongside the established male talent that appeals to Comedy Central’s core viewership. 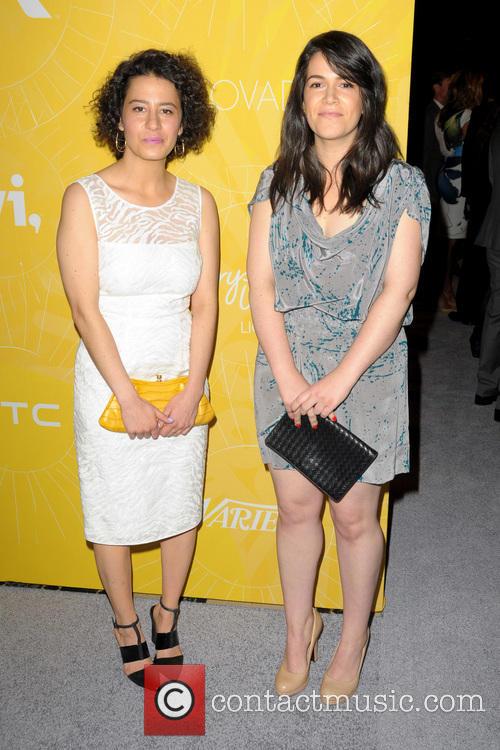 'Broad City', starring Ilana Glazer and Abbi Jacobson (above), will return for a third season in 2016

The announcement was made on Wednesday morning, with president of content development and original programming Kent Alterman jokingly saying “It has just been brought to my attention that ‘Broad City’ is a female-centric show, but we’re going to do more anyway.”

The comedy, created by and starring Abbi Jacobson and Ilana Glazer and co-produced by Golden Globes host Amy Poehler, is set to return on Wednesday evening at 10:30pm eastern. It concerns the travails of two twenty-something mismatched friends making the best of a bad living situation in New York.

The first season was the most popular cable show in its time slot among men aged between 18 and 34, according to figures released by Comedy Central, and the number one new comedy on cable amongst the coveted demographic.

The renewal is also good for the network, which is going through some upheaval with the departure of Stephen Colbert and the long-standing ‘Colbert Report’, as well as Nick Kroll’s ‘The Kroll Show’ being in the middle of its final season.