The music video, created by Dawid Krepski, is a bizarre collaboration of cosmic animations, surreal composition, bright flashing lights and effective reduced quality. It certainly is the perfect visual arrangement for this equally spaced out track and its ambiguous lyricism. The different electronic, post-punk, jazz and rock influences are highlighted and there's no doubt that it would fit in with a nineties playlist. Clashmusic.com has aptly dubbed the track 'a slick piece of oddball funk.'

Igor was formerly a member of pop band New Young Pony Club who had their breakthrough with their songs 'The Bomb' and 'Ice Cream'. He moved on to embark on a solo career with his original concepts in 2009 and they manifested themselves in to this single when producer Nick Phillips (New Sins) got involved. The pair are currently working on a debut solo album.

The Guardian have recently praised the single: 'Sadly not the debut single from a 75-year-old cosmonaut [of the same name], but it is a song with real pop nous... reminiscent of The Whitest Boy Alive in its slow-build funkiness.' 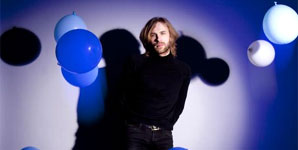