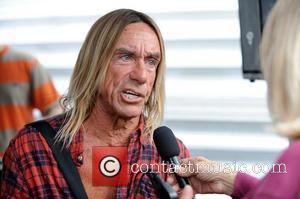 Iggy Pop, Joe Jackson and The Roots star Ahmir '?UESTLOVE' THOMPSON are among the eclectic artists appearing on a new Duke Ellington tribute album.
The project is Steppin' Out singer Jackson's brainchild and features a series of Duke Ellington covers featuring guest performers fronting his band.
Iggy Pop contributes vocals to It Don't Mean a Thing (If It Ain't Got That Swing), while Thompson drums on Rockin' in Rhythm.
Jazz star Regina Carter and guitar great Steve Vai are also part of the project.
Explaining his love for Ellington and his new album The Duke, Jackson tells Spinner.com, "When he was starting out (in) the late 1920s, he was a young, very talented black man in a racist society and the way he handled that was with complete and utter dignity. I find Ellington a very inspiring figure even though I'm a white guy from England."