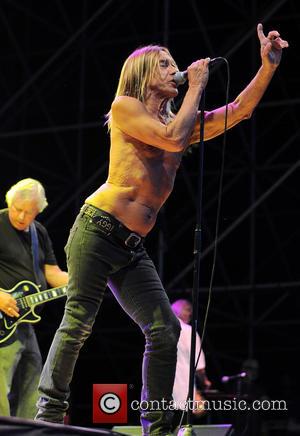 Iggy Pop has landed a year-long British radio show after signing on to temporarily replace Pulp star Jarvis Cocker as the singer takes a break from his popular Bbc 6 Music programme.

Cocker will cut short his year-long hiatus from the airwaves next month (09Mar14) to host a show about The Stooges frontman before passing the mic to the punk icon.

Pop says, "The act of revisiting my library and memories to share the tunes I have treasured with a radio audience has relit a flame for me."

Bbc 6 Music's Bob Shennen adds, "Bbc Radio 6 Music is incredibly proud to welcome Iggy Pop to the network, an artist who is renowned the world over for breaking the rules and providing an alternative soundtrack to people's lives. I'd like to welcome him to Sunday afternoons on 6 Music."