The Rolling Stones guitarist famously portrayed Captain Jack Sparrow's father Captain Teague in two Pirates of the Caribbean movies: At World's End and On Stranger Tides. An appropriate caSting given that Johnny Depp based a lot of Jack Sparrow's mannerisms on Richards. Well... Him and Looney Tunes' Pepé Le Pew.

Sting's first ever acting role was as The Ace Face in 1979's Quadrophenia; a film loosley based on The Who's rock opera of the same name. Since then he's starred in David Lynch's Dune, Terry Gilliam's The Adventures of Baron Munchausen and Guy Ritchie's Lock, Stock and Two Smoking Barrels among others. He's also set to appear in the upcoming French comedy-fantasy movie Kaamelott: Premier Volet.

Probably one of David Bowie's most iconic looks was his incarnation of Jareth the Goblin King in Jim Henson's 1986 movie Labyrinth. But he's also appeared in a number of other movies such as The Last Temptation of Christ, Twin Peaks: Fire Walk with Me, The Hunger, Into the Night, The Man Who Fell to Earth and The Prestige. This Blondie singer is a cult movie queen having had prominent roles in films like David Cronenberg's 1983 body horror Videodrome and John Waters' tamest ever film Hairspray. More indie films in which she appeared include James Mangold's 90s flicks Heavy and Cop Land. Hardly major blockbusters, but Debbie's never been one to fit the mould.

Since his acting debut as Eddie in 1975's The Rocky Horror Picture Show, Meat Loaf has made numerous film appearances in everything from Wayne's World to Spice World. His last venture was a recurring role in the TV series Ghost Wars as Doug Rennie.

Shirley Manson of Garbage had a fairly major role in Terminator spin-off series The Sarah Connor Chronicles, in which she starred alongside Lena Headey as the villainous shape-shifting Terminator/ZeiraCorp CEO Catherine Weaver. Surprisingly, she's appeared in very little else, which is rather a shame. 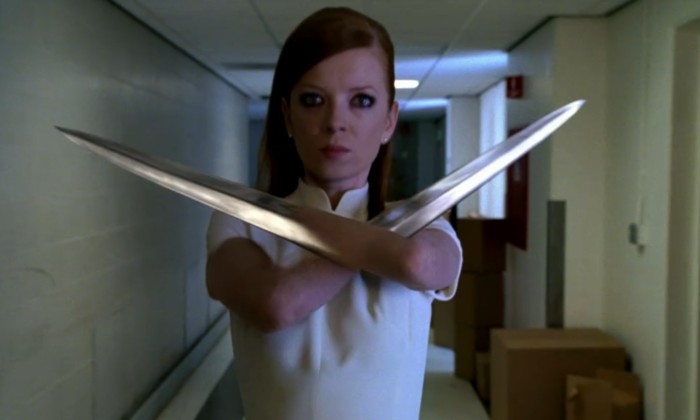 One of the world's most iconic drummers, Genesis' Phil Collins is hugely multi-talented. Not only can he drum, he can sing, write, produce, play piano and he's also a fairly prolific actor. He's appeared in Miami Vice, Hook and Stephan Elliott's Frauds, not to mention starring as Buster in the 1988 crime comedy of the same name.