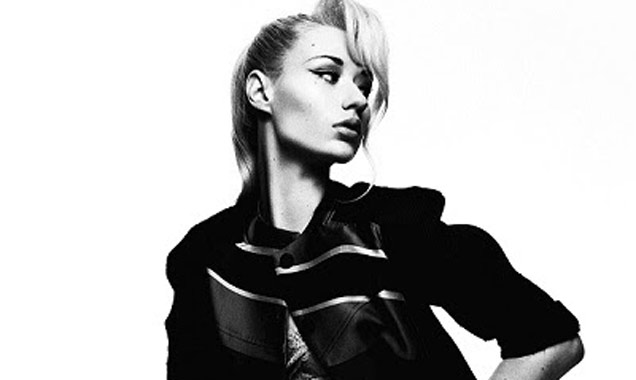 Hot off the heels of her first UK #1 and the fastest selling single of the year, "Problem" with Ariana Grande, Iggy Azalea announces the release of her next UK single, "Black Widow feat. Rita Ora" on the 14th September, 2014.

The international rap siren, Iggy Azalea continues to reign the airwaves across the globe with her smash hit single, "Fancy feat. Charli XCX" which has sold 3.5 million copies worldwide. The rhyming-pop-sensation has proven she is an unstoppable force after making chart history joining Ashanti as the only two female acts to have ever held the #1 and #2 spots simultaneously for five weeks on the US Billboard Hot 100 charts.

"Fancy" also boasts the longest ever run at #1 by a female rapper (eclipsing Lil' Kim's 5 week run in 2001 with "Lady Marmalade") and is the most streamed track ever on US Spotify. The video has received an incredible 125 million YouTube views and has soared to #1 in the Official charts in the Canada, New Zealand, top 5 in the UK (certified silver) and top 10 in Australia.

"Black Widow feat. Rita Ora" sees Iggy pair up with UK's finest pop-sensation and international fashion icon, Rita Ora, whose impressive musical credentials include four UK #1 single's ("Hot Right Now", "RIP" , "How We Do" & "I Will Never Let You Down"), plus international fashion and beauty campaign's as the face of DKNY Jeans, Rimmel London, designer of her own Adidas range and budding screen actress with her film debut later this year in the upcoming "50 Shades of Grey". Together, Iggy & Rita have created one of 2014's biggest tracks, bringing their signature sound and flow to a killer-chorus (written by Katy Perry), amplified by the slick production of Dr Luke.

Iggy's internationally critically acclaimed debut album 'The New Classic' hit #1 in 19 countries worldwide and top 10 in a further 44 markets, in the US reaching #3 in the official chart, #1 Rap and #1 R&B/Hip-hop album charts, #2 in Canada and Australia, #3 in New Zealand and top 5 in the UK selling 400K copies worldwide.

This year Iggy was nominated for 'Best Australian Act' & 'Best MTV Push Act' at the MTV Europe Music Awards following her nominations for 'Artist to Watch' at the MTV Video Music Awards in 2013.

Iggy has sold out every single live show this year including Shepherds Bush Empire in the London. Today Iggy will perform at London'sWireless Festival alongside Kanye West, Pharrell, Bruno Mars and Outkast