With American Music Awards just one day away we’re already getting pretty excited about what this year’s performers might have in store for us. But two artist who will take to the stage together on Sunday, Iggy Azalea and Jennifer Lopez, are getting a little bit more attention than most and yes it’s all because of the ‘Booty’. 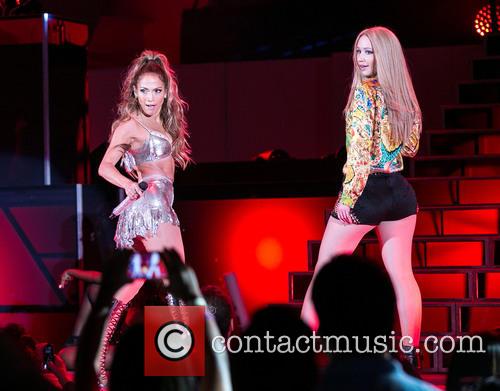 J-Lo and Iggy will perform together at the AMA awards

The two singers will perform their provocative hit ‘Booty’ together on Sunday night, but it appears the idea of both J-Lo and Iggy’s impressive posteriors sharing the stage might be a little frightening for ABC executives.

According to TMZ, ABC who is broadcasting the awards, has set out a list of strict rules about what Iggy and J Lo are allowed to do during their performance of ‘Booty’. This includes ‘no rubbing’ of the booties and ‘no showing of butt crack’, however "spanking" is not explicitly banned.

The performance will also be a on a three or four second delay just incase Iggy and J-Lo’s butts get a little too hot for TV. The AMA broadcast will begin on ABC Sunday, November 23, at 8 p.m. EST.

Watch the video for 'Booty' here:

However it seems Iggy might not yet have received the memo from ABC. The ‘Fancy’ singer told her twitter followers on Thursday, “Im not sure if the "executives" are "worried" about me and J-Lo's performance. lol. i haven't even been to a rehearsal for it yet so…”.

Adding, “we haven't been asked to make any changes and there are no plans to expose anyones nipples or vaginas… but.. okay tmz if you say sooooo.” The rapper also said that “everyone has to send in their performance treatments and they are either approved or have changes made two weeks before the show,” before adding that the pair “wont be performing in turtleneck sweaters either…. hahahahaha ;-)”.