The newly engaged rapper took a fancy detour with Corden during the latest edition of carpool karaoke.

James Corden may have delivered one of the best editions of carpool karaoke yet on Thursday's edition of the 'Late, Late Show', when he took a ride with rapper and bride-to-be Iggy Azalea. The duo seemed to be having the time of their lives as they journeyed together in down town L.A., while singing along to some of Iggy’s biggest hits and discussing her upcoming wedding. 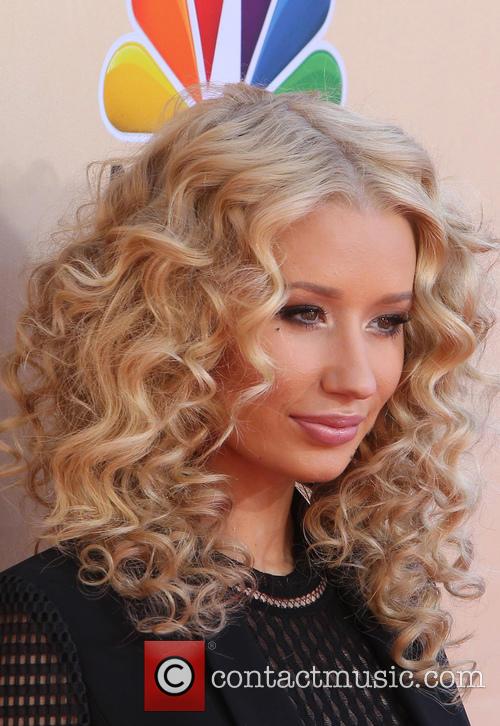 Looking a lot more demure than usual, Iggy was dressed in a buttoned-up denim shirt for the ride and wore her hair hair in a braid. The journey began with the two indulging in a high energy singing along to Azalea’s hit ‘Fancy’, before launching into ‘Black Widow’ with Corden playing the part of Rita Ora.

Corden also made Iggy promise that if he became ordained she’d let him officiate her wedding, which sounds like something we’d have to see. As for the couple’s first dance, Azalea revealed that "Nick wants to have R. Kelly perform so he can sing 'Marry the P---y' .” ,but Corden tried to steer her towards something more traditional such as KC and JoJo’s ‘All My Life’.

Azalea also revealed that one of her bridesmaids will be friend Demi Lovato, whom she wants to perform during her reception. But all this talk about weddings caused James to decide to take Iggy to a wedding dress shop where she could try one on for the first time.

After she complained things are "always hard when I have a big butt,” Azalea emerged in gorgeous gown which had Corden getting all teary eyed. Indeed James was so emotional that he decide he needed to get in on the fun and tried on a white dress himself, later exclaiming "I feel just amazing.” The pair then eded their fun by getting back in the car in their newly purchased dresses and having a sing along to Iggy’s hit ‘Pretty Girls’.