A Growing Number Of Music Fans Are Demanding Billboard Music Awards Bosses Strip Iggy Azalea Of Her Top Rap Song Honour At This Year's (15) Prizegiving - Because The Track Wasn't Eligible. 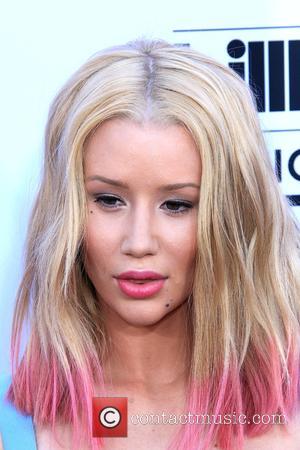 The Australian star picked up awards for Top Streaming Artist and Top Rap Artist at the event in Las Vegas, but unhappy hip-hop fans believe she should hand her third gong for her Charli XCX collaboration Fancy back because the track shouldn't have been in the running for the accolade, against the likes of Big Sean and Nicki Minaj.

A note on the petition site reads: "Iggy Azalea's 2015 Billboard Award for Best Song has been proven invalid. The eligibility time period for nominations is March 10th, 2014 through March 2015. Fancy was released on February 17th, 2014, nearly a month before the eligibility starting.

"This is unfair to the other nominees in this category, especially to Anaconda by Nicki Minaj, who most likely would've won. Billboard did not follow their own guidelines and should have to recalculate these nominations without Fancy as a nominee."

However, a spokesman for DICk Clark Productions, the company behind the Billboard Music Awards, insists the fans are misinformed about the eligibility of Azalea's song, explaining, the March-to-March period that Billboard monitors is not based on a song's release date, but its chart performance.