Iggy Azalea has sparked speculation she's had a nose job and chin implant after posting an image of her face looking noticeably different to her Instagram account alongside the caption, 'Loving my new look'. 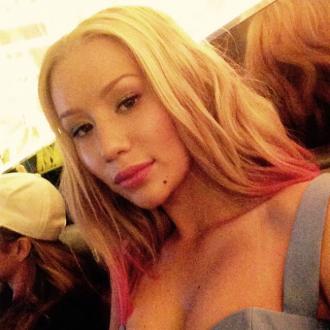 Iggy Azalea has sparked speculation she's had a chin implant.

The 'Pretty Girls' rapper uploaded a photograph of herself at last night's (17.05.15) Billboard Music Awards to he Instagram account alongside the caption, ''Loving my new look'', prompting speculation as to whether she's undergone more cosmetic surgery.

The 24-year-old star confessed to having a boob job during a magazine interview earlier this year and is now believed to have had a nose augmentation and chin implant.

A source told Us Weekly: ''She loves the results! She wasn't happy with her nose for a long time, so after the boobs she wanted to get that taken care of and then got the chin done at the same time.''

However, it's also been claimed that the change in the shape of her face that can be seen in the image could be the result of the angle at which the photograph was taken.

Dr. Ross Perry - who is Medical Director at Cosmedics Skin Clinics - told Mirror Online: ''Her expression could make the chin more prominent in this particular photo. There is also the possibility of a chin implant either surgically or via dermal fillers and or botox to the lower jaw to increase definition in this area.''