Was Iggy Azalea Slimmed Down By Cosmopolitan's Using Photoshop?

Iggy Azalea is gracing August's cover of Cosmopolitan Australian but her perfect hour glass figure appears to have been slimmed down slightly. Is this a case of photoshopping? Cosmopolitan have denied it but who's to know?

Australian singer Iggy Azalea has been the focus of a photoshopping scandal after she appeared on the cover of Cosmopolitan Australia. The star certainly didn't need slimming down and boasts a pair of toned, well muscled legs which certainly seem slimmer in her recent shoot with the magazine. 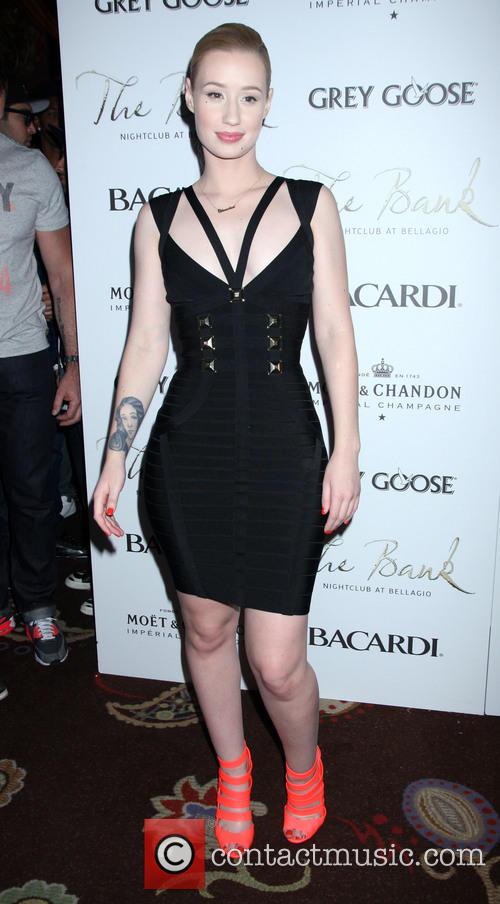 Has Iggy Azalea been slimmed down for the cover of Cosmo?

Wearing a pastel coloured playsuit in blues, pink, white and gold the 24-year-old singer posed with her hands on her hips. The singer was accessorised with a pair of large gold earrings, gold bracelets and a number of gold rings. Azalea wore her air in a high pony tail for the shoot. Although she looked fabulous, there did seem to be a little of her missing.

However, Cosmo has denied they used photoshop in order to alter Azalea's image. Speaking to the Mail, the magazine said "It goes against our body love policy to remove inches from anyone's body - whether it's a celebrity, a model or a reader appearing in the magazine. We think Iggy is fantastic and should be celebrated, which is why we've put her on the cover of Cosmo."

Azalea is yet to address comments about her Cosmo cover but has addressed another scandal which has been brewing since Sunday's BET awards when Nicki Minaj gave a speech which has been interpreted as being critical of Azalea. Both Minaj and Azalea were up for Best Female Hip Hop Artist but Minaj took the award home. As CNN reports, Azalea responded to the apparent attack and said she was "unbothered" (not actually a word by the way) by the awards or what seemingly happened there.

Minaj has also emphasised that she meant no disrespect and was not addressing Azalea in her acceptance speech. She tweeted that "The media puts words in my mouth all the time and this is no different. I will always take a stance on women writing because I believe in us!" She added "I've congratulated Iggy on the success of 'Fancy,' publicly. She should be very proud of that. All the women nominated should be proud."

I've congratulated Iggy on the success of Fancy, publicly. She should be very proud of that. All the women nominated should b proud.