Azalea announced her separation from the NBA player on Sunday (June 20).

Iggy Azalea has had her fair share of eyes on her since she announced her break-up with fiancé Nick Young two days ago, but not everything you see is quite as it appears. For example, yesterday Nick Young’s car was pictured being towed from the couple’s home, but that doesn't mean Iggy had anything to do with it. 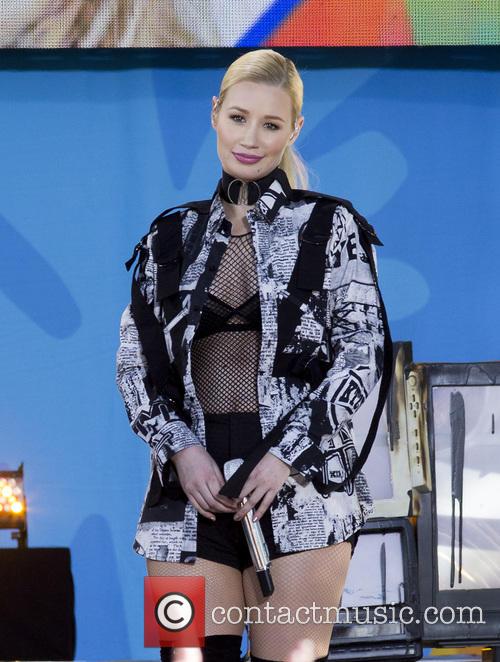 Iggy Azalea says she is moving out of Nick Young’s home.

On Monday photos were published showing Nick's blue 1962 Chevy Impala that Iggy had bought him for Christmas in 2014 being towed from the couple’s house. TMZ had reported that Iggy had the car towed after the break-up was announced.

More: Iggy Azalea Announces The End Of Her Engagement To Nick Young

But on twitter the rapper hit back at the reports, saying that she was actually the one moving out of the couple’s LA home. “I never had anyone's car towed nor did I kick nick out of "my" house,” she wrote. “The home belongs to nick, I am the one moving. Thanks.”

The couple announced their break-up on Sunday after what’s being a rocky few months, which has seen Nick accused of cheating on Iggy. The accusations came after a video surfaced in March, in which Nick could allegedly be heard bragging about his encounters with other women.

"Unfortunately, although I love Nick and I have tried and tried to rebuild my trust in him—It's become apparent in the last few weeks I am unable to," Iggy said in a statement. "I genuinely wish Nick the best.”

More: Iggy Azalea Threatens To Cut Off Nick Young's Private Parts If He Cheats On Her

"It's never easy to part ways with the person you planned you're entire future with, but futures can be rewritten and as of today mine is a blank page.” Nick himself simply tweeted ‘single’ after Iggy’s announcement.