To put it simply, she flipped them the middle finger.

Sometimes being the bigger person, rising above it all, not stooping to their level etc. is hard work, and Iggy Azalea has decided to just be honest about what she thinks of her ex Nick Young and his newly emerged pregnant ex-beau Keonna Green. And by that we mean a middle finger. 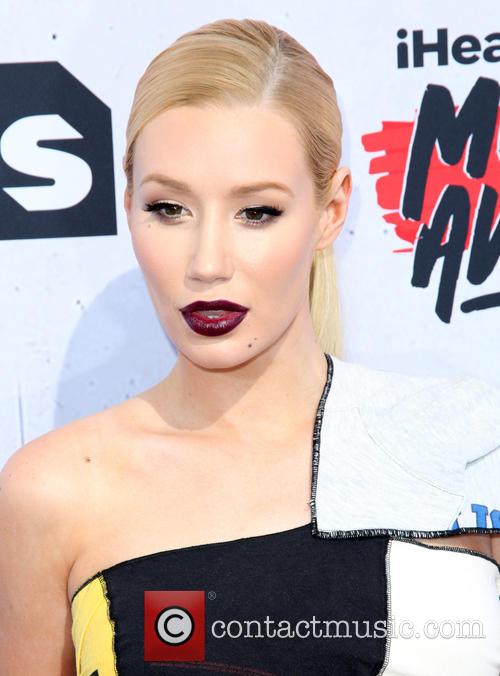 Yep, a rude gesture was pretty much all Iggy Azalea had to say on the matter as she was quizzed on the subject by paparazzi when she arrived at an airport in Australia. You can't really blame her; she's been incredibly strong in the wake of her split with fiance Nick Young, after she discovered he'd been cheating on her with several girls who he'd been taking back to their home.

Asked by TMZ if it was true that Keonna Green had tried to contact Iggy when she had her fling with Young (as she claimed in an interview with US Weekly), Azalea said 'No, it's not true.' Well, that's not all she said; she also told the paps to 'f**k off', but she seemed to mellow when they asked her if she had a message for the pair. She raised a middle finger before assuring the photographers, 'That's my message for them, not you.'

Keonna is apparently 22 weeks pregnant with Nick Young's child - their second child, in fact, with the pair already sharing custody of 4-year-old Nick Jr. They began seeing each other again September, according to her interview. 'We got caught up in the moment and it just happened', she said. 'It wasn't a secret on my end. I didn't feel guilty because I was in love with a man, and I'm pretty sure I'm not the only woman.'

She went on to say that she tried to reach out to Iggy, but ultimately it was down to Young to speak up. 'I felt it was his decision how to handle it', she said.