Iggy Azalea Has Never Been A Man, But Occasionally Enjoys Flipping Off Fans

Iggy Azalea might be no lady, but she has never been a man.

So, like, Iggy Azalea and her haters are pretty much like PB&J, right? Unfortunately for Iggy Iggs, her audience is about a 50/50 split between actual fans and those who just love to rag. Fortunately for her though, she gives no s****. 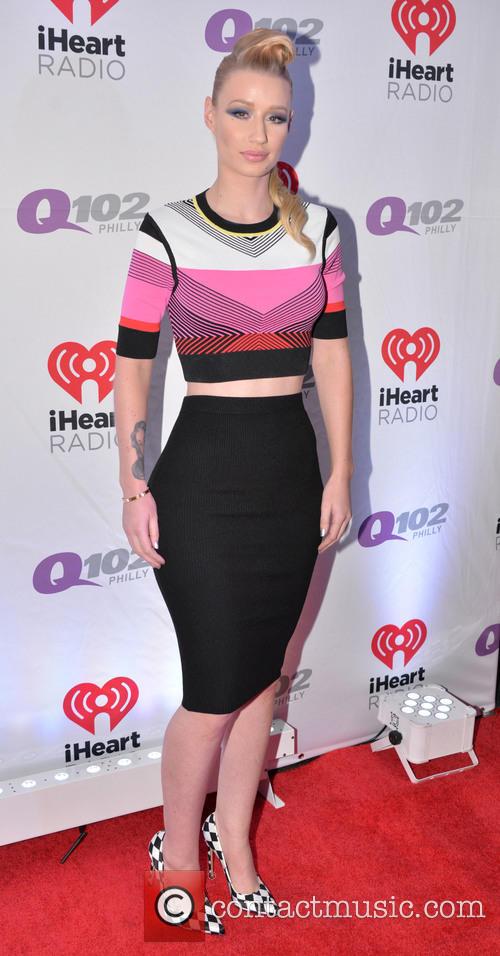 Iggy Azalea had no time for the hate at this year's Jingle Ball.

So when the Aussie rapper got booed at a recent gig in NYC, you can bet she had some things to say back to the crowd. Actually, just one thing. And she didn’t so much say it. According to TMZ, Iggy was heading into the NYC Jingle Ball on Friday and kind of minding her own business, not giving fans the time of day. But when they booed, she definitely wasn’t having it. So she flipped off the crowd. Aah, Iggy. Ever the charmer.

More: What The AMA Awards Won't Let Jennifer Lopez And Iggy Azalea Do With Their "Booty"

And that’s not even the bulk of the controversy surrounding the rapper this week. The big rumour, making the rounds a few days ago was that I-G-G-Y was born a man. Ok, nothing new, someone’s probably made that joke before. The new part, however, and the one the rapper took offence to was that her birth name was allegedly Cody. CODY.

Lastly you guys calling me Liam outside of women in music seriously made me laugh, I love you and I'm sorry I was too late to stop but HI!

the 24-year-old took to Twitter to declare: "Wait, so I'm just now reading that I was born a man and my name is Cody?"

"*Cackling* why Cody tho? Lol. I just don't see myself as a Cody.

So, ok. Her real name may be Amethyst (for real, feel free to Wikipedia it), but at least we can all revel in the knowledge that she was not born a Cody. Thank goodness for that.