Iggy Azalea is 'worn out' by fued

Iggy Azalea admits she is ''worn out'' by her alleged feud with Nicki Minaj and only wants to surround herself with positive people. 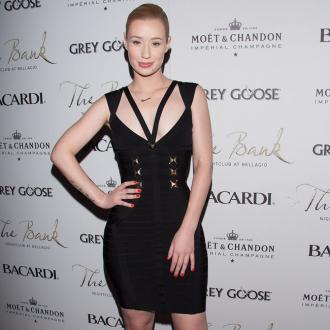 Iggy Azalea is ''worn out'' by her alleged feud with Nicki Minaj.

The 'Fancy' hitmaker insists she wasn't upset when the 'Pills n Potions' rapper stressed she writes all of her own material while accepting the Best Female Hip Hip Artist award at the BET Awards on Sunday (29.06.14), and only wants to surround herself with positive people.

Addressing the incident on Twitter on Wednesday (02.07.14), the 23-year-old rapper said: ''If I had won the BET award that would have been great but it wasn't my year & I don't mind - so you shouldn't either.

''Generally speaking I'm unbothered by anything that 'happened' at the BET awards and just feel worn out by everyone trying to make me have wars with people all the time.

''Anyone who wishes me well is welcome in my life & those who don't can't get anymore of my time. I hate to see everyone exhausting themselves on my behalf over things that I'm still not 100 percent sure even exist & don't matter. Just let it go.''

The Australian star's comments came just hours after Nicki insisted she didn't mean to offend her and claimed she was merely trying to encourage more female artists to put pen to paper.

The 31-year-old 'Starships' hitmaker tweeted: ''I will always take a stance on women writing b/c I believe in us! I believe we're smart enough to write down our own thoughts and perspective, just like the men do. I've been saying this for 5 YEARS (sic).''

She added: ''I've congratulated Iggy on the success of Fancy, publicly. She should be very proud of that. All the women nominated should b proud. That will never change my desire to motivate women to write. Our voices have to be heard. I hope I inspire up & coming females to do that (sic).''