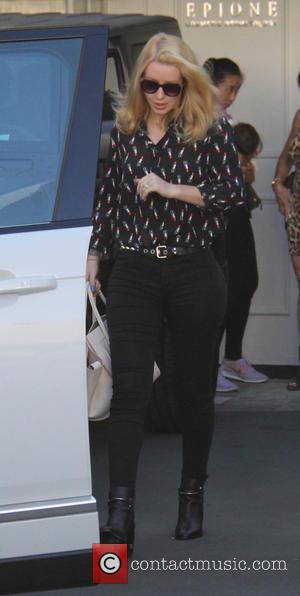 Ora went public with her collaboration plans on Monday (12Oct15), revealing she wanted to have a crack at the song Christina Aguilera, Pink, Mya and Lil Kim took to the top of the charts in 2001. She suggested the new version should feature herself, Miley Cyrus, Charli XCX and her Black Widow sidekick Azalea.

She said, "It's always been my goal to create another Lady Marmalade. I'm trying to round up the troops - I think it would be me, Miley, Charli XCX - she'd be fun - and Iggy."

Charli appears to like the idea and tweeted, "I'm down", but Aussie Iggy isn't so keen.

When a fan asked her to comment on Ora's dream get together, the rapper, who also teamed up with Charli XCX on her bit Fancy, replied, "That was an iconic moment in pop history and should be left alone."

She added, "Please leave me out of the whole Lady Marmalade conversation. I have nothing to do with ritas ideas & agree it should be left alone. Thanks."