Iggy Azalea has taken to Instagram and Twitter to deny revealing her ''lady-parts'' during a wardrobe malfunction on the red carpet of the MTV Europe Music Awards on Sunday night (10.11.13). 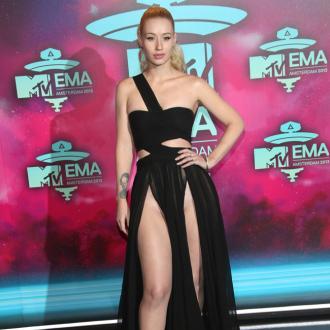 Iggy Azalea doesn't give a f**k about her wardrobe malfunction.

The 23-year-old singer was posing for the paparazzi as she arrived at the MTV Europe Music Awards in Amsterdam last night (10.11.13) when she flashed a little more than intended, but Iggy took to her Instagram account to clear up any confusion about the clothing mishap.

She wrote alongside the picture in question: ''If you think this involves my vag lips your mistaken. And yeah I'm posting it just to let you know I don't give a f**k about a bikini line and the line that joins my ass to my leg. (sic)''

Iggy also commented about what is being referred to as ''the wardrobe malfunction of the year'' on her Twitter page.

The 'Work' singer wore a revealing black cut-out dress for her arrival but later joined 36-year-old Robin Thicke on stage at the Ziggo Dome in high-waisted silver shorts and matching top for yet another raunchy rendition of his hit single 'Blurred Lines'.