Iggy Azalea has defended her Biggie Smalls remake of 'Mo Money Mo Problems' and claims it wasn't a ''rip-off''. 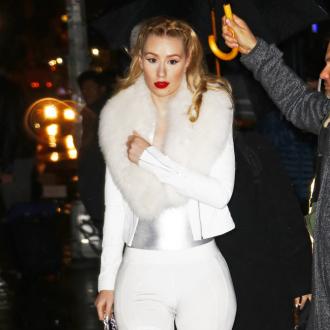 The 23-year-old hitmaker worked with singer Keyshia Cole and sampled the late rapper's 1997 posthumous release 'Mo Money Mo Problems' and Iggy insists it wasn't meant to be a rip-off.

She told America's RapFix Live: ''First of all, I love Biggie forever and Tupac, and that's a sampled song. So don't be mad about something that's sampled already.''

She said: ''Irv hit me up and said, 'Hey I've got a record with Keyshia on it and it's gonna be for the soundtrack to this Cameron Diaz movie 'The Other Woman'.

But despite critics reacting badly to the release, she insists she's proud of the record and wouldn't go back on her decision.

She said: ''I'm from a generation where I don't think 'I'm Coming Out' - I think 'Mo Money Mo Problems'.

''So I thought, I need to get my Ma$e on, and I went with that vibe. Then I think when people heard it they said, 'She's doing the Biggie remake,' and I don't know if it was necessarily meant to be that. It's open to interpretation. I didn't know what I was getting myself into, but if I did I would've said yes. Because any rapper that gets asked to do that is gonna do that.''